In the Fight for Gun Control, Children Are the Real Grown-Ups

Students of Coral Glades High School, a high school less than four miles from Douglas, hold signs as the participate in a school walk for gun law change at Coral Glades High School in Coral Springs Florida on February 21, 2018.
Rhona Wise—AFP/Getty Images
Ideas
By Jennifer Siebel Newsom
Jennifer Siebel Newsom is the First Partner of California; filmmaker behind Miss Representation, The Mask You Live In and The Great American Lie; and founder of the Representation Project.

We have forced our kids to take it upon themselves to save us all.

It goes without saying that every child deserves to be safe in school. That we haven’t achieved this is evidence of a horrific moral failing on behalf of every single adult in America. But I would be remiss if I didn’t remind us that the other group we’ve been egregiously failing in our neglect of gun control is women. And, I am not just talking about teachers, the majority of whom are women.

It may surprise you to know that women are often the victims of gun violence. In fact, 54 percent of the mass shootings between January 2009 and December 2016 were considered domestic incidents, where the perpetrator killed an intimate partner or family member. That’s right, over half of mass gun violence is domestic violence. They say 150,000 young people have been touched by gun violence in their schools. But how many more women and children have experienced gun violence in their own homes?

The failure of the Republican Party to act on gun violence is yet another indicator of how little they value women (and by extension children, since our society first and foremost designates women as the caregivers of our children).

And it’s not just on gun control — the GOP’s priorities from repealing the Affordable Healthcare Act to reforming entitlement programs for the poor and cutting taxes for our nation’s wealthiest, show how little they value women, children and our nation’s most vulnerable.

Haven’t we all had enough? I certainly have.

But in the words of my husband, Gavin Newsom — we can’t just oppose President Trump or the Republican Party. We need a bold alternative vision: one that uplifts everyone. And we need that transformative vision now. We cannot wait one more second while innocent human lives are at stake.

It should start of course with urgent priorities like combating the influence of the NRA and once and for all enacting common-sense gun legislation. We’ve started that process in California and were successful in passing Prop 63, giving California some of the strictest gun laws in the nation.

This is really about a new model of leadership where we are not bound by self-interest, but bound in service of others.

So I’ll bring up my husband once more because I believe in his example. Fourteen years ago, Gavin did a very courageous thing when he began marrying same-sex couples in defiance of the law. Even though he was not personally affected, he saw the injustice and was determined to do something about it.

This was a courageous act, not done for himself, but for others. And, all of us benefited as a result.

The Republican Party by contrast has become the party of entirely self-serving leadership, beholden to the NRA among other special interests. Just look at the bought and paid for legislature in Florida that voted against outlawing the semi-automatic rifle that was used in the Parkland, Florida shooting — less than a week after the massacre, which killed 17 people.

We must turn this egregious and unconscionable model upside down if we are going to achieve the positive, alternative vision for America we so desperately need.

The alternative vision requires current leaders, especially male leaders who hold so much of our nation’s power, to use their influence and platform to stand up for what is right for the entire community, not just their individual selves. And, it’s about the rest of us, using our power as citizens, unearthing our individual and collective voices and standing stand tall for justice and equality for all.

This takes courage. And, this is what real leadership looks like.

What are the rest of us waiting for? 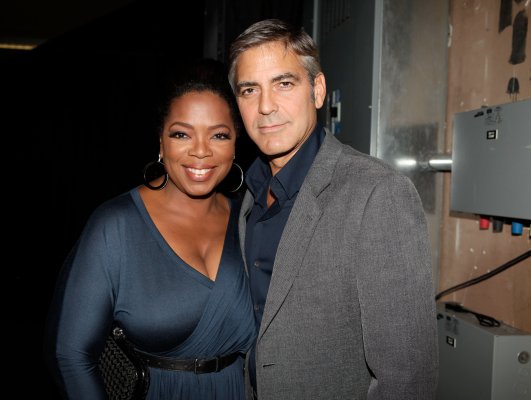 These Hollywood Celebrities Are Donating to 'March of Our Lives'
Next Up: Editor's Pick