These Antidepressants Are Most Effective, Study Says

The study, published in the journal The Lancet, looked at the published data from 522 randomized controlled trials testing 21 different types of antidepressants. The study authors also reached out to pharmaceutical companies and study authors for additional unpublished study data. All told, the data collection included 116,477 men and women, ages 18 and older, who had depression and who were treated for at least eight weeks.

The researchers found that every type of antidepressant they studied was more effective at lessening symptoms of depression over time than placebo. They considered a drug “effective” if it reduced depression symptoms by 50% or more.

The researchers expected to find that some antidepressants would prove to be better than placebo, but they were surprised that every drug was more effective, says lead study author Dr. Andrea Cipriani of the University of Oxford in the UK. “We were open to any result,” he says. “This is why we can say this is the final answer to the controversy.”

Though researchers found that every drug was more effective than placebo, some were more effective than others. The most effective were Agomelatine (sold under several brand names, including Valdoxan, Melitor and Thymanax), amitriptyline (Elavil), escitalopram (Lexapro), mirtazapine (Remeron), paroxetine (Paxil), venlafaxine (Effexor XR) and vortioxetine (Trintellix). The least effective, the study authors concluded, appeared to be Fluoxetine (Prozac), fluvoxamine (Faverin), reboxetine (Edronax) and trazodone (Desyrel).

The researchers also assessed acceptability of the drug, which they did by analyzing the proportion of people who dropped out of the study before eight weeks. The only drug that was shown to be less acceptable than placebo was clomipramine.

Most of the 522 studies analyzed were funded by pharmaceutical companies, and the researchers say that 9% were rated as having a high risk of bias. Cipriani says the study design and the inclusion of unpublished data in their analysis was meant to mitigate that potential bias. The researchers were also unable to tease apart differences among groups of people in the studies—for instance, how the drugs worked for people of different ages or gender.

The dataset used in the report will be publicly available so other research groups can try to replicate the findings.

“This is the largest and most robust study ever in antidepressants,” says Cipriani. “and we found good news that they work, and outweigh the side effects.” 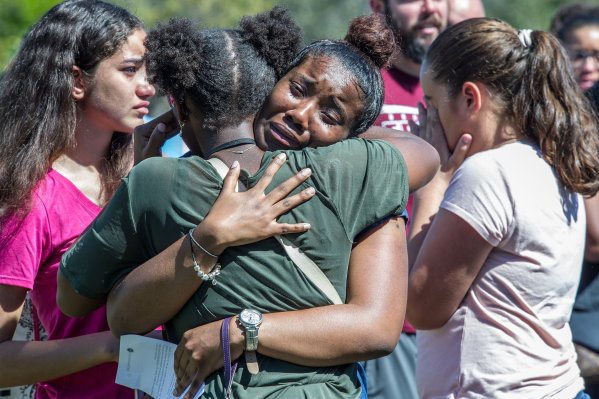