Almost 30% of women who had a heart attack in a new study sought medical care for related symptoms before they ever went to the hospital — but more than half of their doctors didn’t think their ailments were heart-related.

The reason why so many women are falling through the cracks may have to do with the variety of heart-attack symptoms that women experience, according to the paper published in the journal Circulation.

Researchers from the Yale School of Public Health interviewed almost 3,000 heart attack patients younger than 55 — two-thirds of them female — about their symptoms, when they sought medical care and hospitalization, if they immediately suspected a heart attack and more. The results highlight a few key differences in symptoms between the sexes.

While the vast majority of people (almost 90%) experienced chest pain, tightness or pressure, women were more likely than men to have seemingly unrelated symptoms such as indigestion, nausea, stomach pain, palpitations, shortness of breath and jaw, neck or shoulder pain. Nearly 62% of women had three or more symptoms, compared to almost 55% of men, the researchers write. That collection of symptoms may distract doctors from what’s really going on, which may be why so many female patients’ symptoms were misinterpreted before the women were admitted to the hospital.

Misinterpreting symptoms affects both sexes, though the problem is more widespread among women — both when it comes to heart attacks and other conditions. Only 22% of men in the study sought medical care for similar symptoms before hospitalization, but 36% of those men were originally misdiagnosed, the paper says. Plus, more than half of people, regardless of their sex, initially thought their problem were something other than a heart attack. Women were more likely to chalk symptoms up to stress or anxiety, whereas men more often suspected muscle pain.

The findings underscore how important it is for people and their doctors to recognize heart attack symptoms other than chest pain, especially among seemingly low-risk groups such as young adults. Knowing these warning signs could get them into treatment sooner — and when it comes to heart problems, time can make all the difference in the world. 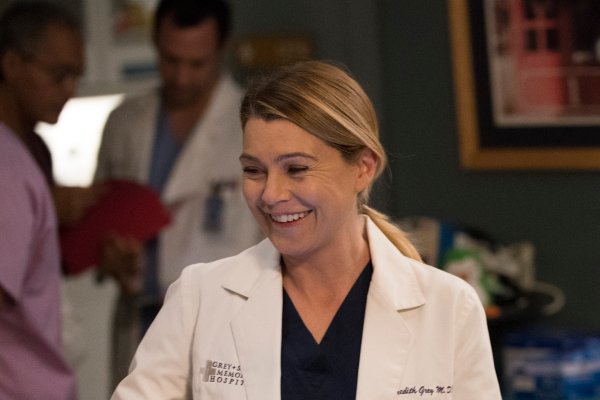 Grey's Anatomy May Be Giving You the Wrong Ideas About Medicine, Study Says
Next Up: Editor's Pick