Norway Crushed the Competition at the Winter Olympics. Here Is the Tiny Country's Secret

Tore Ovrebo can be forgiven for having a little swagger as the 2018 Winter Olympic Games near their end in PyeongChang. Well, as much as swagger as is acceptable for a Norwegian. Ovrebo is the director of elite sport for the Olympiatoppen, an organization of scientists, trainers and nutritionists who work with Olympic athletes across Norway’s sports federations. And Norway is crushing the Winter Olympics. As of Sunday Feb. 25, Norway has far more medals than any other country at the Winter Games, with 38 total medals. Germany is second, with 30 medals.The United States is currently fourth, with 23 Olympic medals.

Norway’s final medal tally breaks the record for a single nation at a Winter Olympics set by the U.S. at Vancouver in 2010.

Norway’s Olympic success is all the more impressive when you consider the team’s size. While the U.S. sent 242 athletes — the most in Winter Olympic history — to PyeongChang, Norway sent just 109. A team with less than half of America’s Olympic workforce won almost twice the number of medals.

Ovrebo’s contract running the Olympiatoppen, which is funded by Norway’s national lottery, is up soon. “I will probably keep my job,” he says Ovrebo when we met recently at the speedskating venue in Gangneung. “Though you shouldn’t quote me on that.”

So what, exactly, is Norway’s Olympics secret (besides crazy curling pants)?

Ovrebo went out of his way to explain he didn’t want to come across as giving anyone, lest the United States, any advice. “I am not a tiny gorilla beating my chest telling you what to do because it’s not my position,” he says. “We do it this way, others do it another way.” He also admits Norway is blessed with many advantages for Winter Olympics dominance, like snow, a history of excellence in sports like biathlon and cross-country skiing, and free health care, which helps keep young athletic talent in good shape.

But a distinctly Norweigan rule for their youth sports may strike a particular chord with many Americans. (This one included: I’m a youth sports parent, and wrote a TIME cover story on the booming kid sports industry last summer).

The system, Norwegian athletes say, can really pay off. “The culture and the environment we grow up in, it’s great for us,” says Norwegian skier Ragnhild Mowinckel, silver medalist in the giant slalom and downhill races in PyeongChang.

Norway has other sports development quirks. Trainers don’t tell athletes how much they weigh. “It’s very dangerous,” says Ovrebo. “They can develop eating disorders.” Olympic athletes don’t receive prize money or bonuses from their federations. “We think prize money turns people into something they shouldn’t be,” says Ovrebo.

It seems, I tell Overbo, that Norway values the psychology of sports. “Your mind is where you experience your life, isn’t it?” Ovrebo says.

Norway’s philosophy has paid off. The Norwegian Olympians play cards and charades before their competitions. “We think it’s a good way building the team up, if you have fun with each other,” says Mowinckel. Now that they’re old enough to keep score, the athletes must outdo one another. “Everyone wants to show guys that they can take some medals,” says Martin Johnsrub Sundby, a cross-country skier who won gold in the team sprint event on Wednesday. His teammate, Johannes Hoesflot Klaebo, started celebrating before the finish like, like Usain Bolt.

Perhaps Norway’s Olympics swagger is starting to reach dangerous levels. “It’s a good feeling when there’s cake on the table every night,” says Johannes Thingnes Bo, a biathlete who has won gold and silver medals in PyeongChang. Apparently, Norway’s athletes get treated to dessert every time one of them earns a medal. “That’s why we have four chefs,” says Bo. “One can’t make all that cake.” 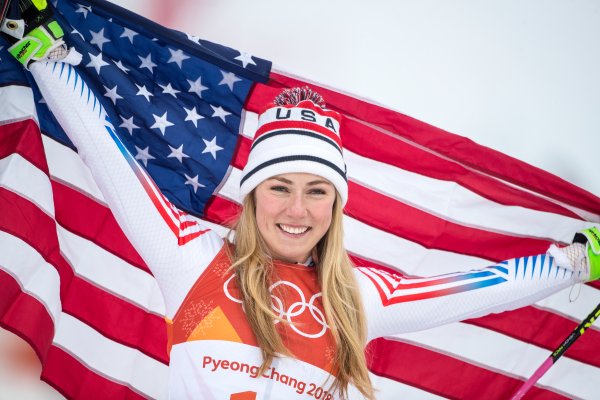 Let Mikaela Shiffrin Show You How to Ski Like an Olympic Champion With A Mop in Her Kitchen
Next Up: Editor's Pick