All three American figure skaters in the ladies’ short program finished strong Tuesday. The problem, is they didn’t start so well. Bradie Tennell and Mirai Nagasu fell and Karen Chen stumbled as they attempted the first big jumps of their programs.

And if the internet was any indication, fans watching at home seemed a bit stressed out by it.

Tennell, the 20-year-old figure skater, who is the reigning U.S. champion, was the first performer. She took a tumble after she completed the rotations on her opening triple triple. Nagasu fell on her triple axel, a skill she had landed in the team competition. Although Karen Chen did not fall, she stumbled on the triple lutz and failed to do the triple toe loop.

The internet immediately weighed in. With Tennell, they were shocked by her fall but impressed with how quickly she was able to recover – skating at a high level for the remainder of her program.

People were also still incredibly impressed with Nagasu’s attempt to land a triple axel. “It wasn’t my day, but I delivered when it counted for the team,” the 24-year-old skater said after her performance, which she referred to as an “L.”

The same went for Chen, with social media users commenting on the beauty of her performance.

— With reporting from Alice Park in Gangneung. 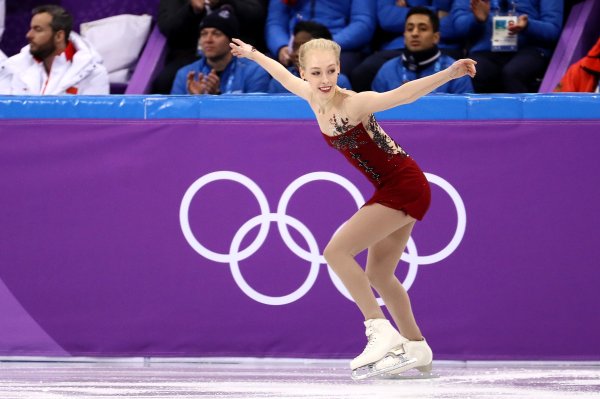 How Bradie Tennell Overcame Injuries to Become an Olympic Figure Skater to Watch
Next Up: Editor's Pick