My family started with a joke. My wife Beth and I had been talking for years about whether we should have kids. For the longest time we just felt like we couldn’t afford it. Then I sold a couple of scripts and was feeling like I might have a career, but we were in our 40s and worried we had left it too long. We knew kids would make our life bigger, so one day I joked, “Why don’t we just adopt a five-year-old and it will be like we got started five years ago?”

Beth called me on it. She said we should consider adoption.

We did some research online and realized how many older kids were in foster care. We weren’t sure if we were the right people to take them on, so we started going to classes organized by Seneca Family of Agencies, a nonprofit in California that offers adoption, foster care, kinship care and mental health services for kids and families.

It was a decisive act to delay making a decision. As Seneca walked us through the needs, and we learned that so few parents wanted older kids, we decided we might get just one and see how we did.

In 2012 we got three siblings: an 18-month-old, a three-year-old and a six-year-old. We were told they’d been removed from their mother because she had a drug problem. I wasn’t worried. I thought, “Oh, I can do this. I’m going to be great at this.” Then they showed up and it was like: “We’ve made a horrible, horrible mistake.” The first few months were really rough. We would lie in bed at night and just try to figure out some way that we could get them out of our house. They were completely ruining all of our fun. When you get three at once you don’t have time to get your sea legs. It was kind of like babysitting someone else’s kids, but forever.

Then one morning I woke up early and I realized, “Oh my God, I kind of miss them right now, and I’m excited for them to come in. What the hell is happening?”

Our daughter was the toughest. Even if she hadn’t been in the foster-care system, she was three, which means she’s difficult on a good day. She would throw five to ten Exorcist-level tantrums every day. And she especially didn’t want to have anything to do with me. One day she was throwing a fit about going to the hardware store and I got down on one knee in front of her and I screamed, “You are not in charge around here. I am. Not you, me. You understand?” I’m not proud of this. I didn’t know that I had that kind of temper. Kids push your buttons in ways that you just can’t expect.

But we went to the store and I was handing her things to hold just to keep her with me. As we moved down the aisle, all of a sudden she just reaches up and takes my hand, like it’s nothing. There was that feeling again: “What just happened?” It was a big moment.

Any kid that is coming into your house out of foster care has gone through some things. That’s reality. But the thing that nobody ever talks about is that there are benefits that come with these kids. Ours were so scrappy and connected to one another. We had nothing to do with it, but it made us really proud that they weren’t the kind of kids that tipped over and started screaming. They are very resilient and there has been a lot of camaraderie. They have certain qualities that I think all parents want in their children, even though they came by them in a sad way.

So much of our family process has been bumbling and clumsy and frustrating and embarrassing. But that’s O.K. And that’s the message that I want to get out to people. More than anything, I’ve realized that so many people would do this — and would love doing it — if they just knew about it or understood it better.

The first time we had to go before a judge to see if the kids would stay with us forever, I wrote him a letter saying that we loved the kids, but that if the mother could get clean and she wanted them, we would do what is best for them. The second time we went before the judge, I wrote another letter saying, We love the kids and we now believe we are what’s best for them. We officially adopted them in 2013.

Our daughter is eight now. And next month we start shooting a movie about parents who take in three kids at once. It’s called Instant Family. 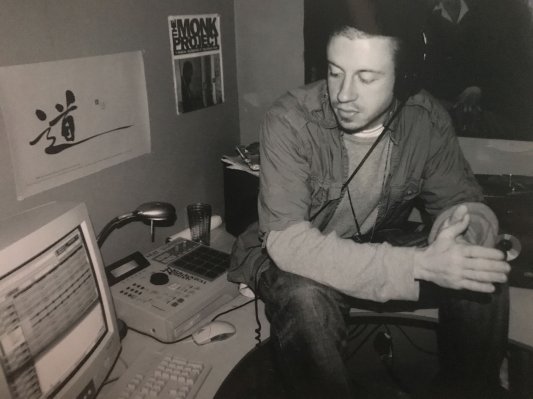 Macklemore: Compassion Led Me to Rehab and It Can Help the Country Fight the Opioid Crisis
Next Up: Editor's Pick