While the world’s best athletes go for gold in PyeongChang, Twitter is busy reviving its favorite Winter Games pastime: the Selfie Olympics.

After taking off during the 2014 Sochi Games, the viral trend made a hilarious comeback over the weekend as ingenious Twitter users began posting their most creative mirror shots in honor of the tradition. And although the Selfie Olympics may not technically be considered an athletic pursuit, they definitely involve some tricky maneuvering.

In one photoset that has taken the Internet by storm—garnering more than 121,000 likes and 45,000 retweets as of Tuesday afternoon—a selfie competitor can be seen balancing on a bicycle in the bathtub with a golf bag full of clubs slung over his shoulder.

Another popular shot features a participant named Richard balancing his phone on a violin he appears to be playing. “I hope to bring back the Gold for my country,” he captioned his photos, adding a Mexican flag emoji.

See some of the best Olympic selfies below. 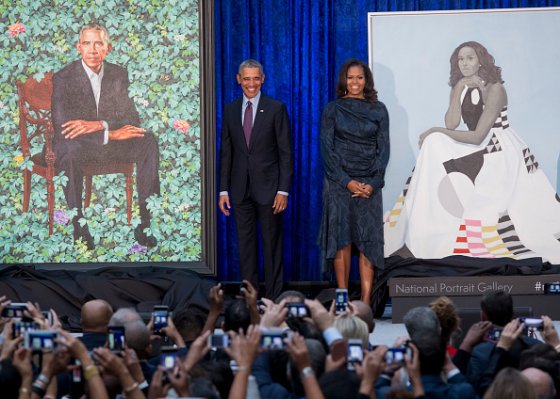 The New Obama Portraits Definitely Brought Out the Internet's Best Meme Game
Next Up: Editor's Pick