The Internet Is Heartbroken for This U.S. Olympic Ice Dancing Pair Whose Fall Dashed Their Medal Hopes

U.S. Olympians Madison Chock and Evan Bates were executing a graceful long program to John Lennon’s “Imagine” at the ice dancing finals on Monday in PyeongChang when they both fell down simultaneously in the midst of their routine, also bringing down their hopes of making it to the Winter Olympics podium this year.

Chock and Bates had been in seventh place after their earlier short dance. Chock was also competing with a foot injury.

The two were in the midst of a spin turning into a lift when one of each of their skates made contact with the other, a rare misstep in the precision sport of ice dancing. That error became an immediate points deduction — and, given the strength of the remaining pool of ice dancers, dashed their dreams of medaling against contenders like Canada’s Tessa Virtue and Scott Moir, the French pair of Guillaume Cizeron and Gabriella Papadakis, and fellow Americans Maia and Alex Shibutani.

The internet immediately reacted with an outpouring of sympathy for Chock and Bates, who valiantly continued with their program without further incident — and ended it with an emotional embrace. 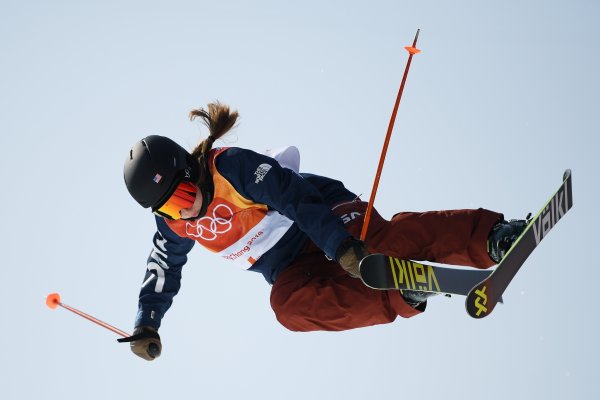