Backing One of His Most Vocal Critics, President Trump Has Endorsed Mitt Romney’s Senate Bid

President Donald Trump has tweeted his endorsement of Mitt Romney’s run for a Utah Senate seat, writing Monday night that the former Massachusetts governor who has frequently criticized the president has his “full support and endorsement.”

Romney launched his bid for a political comeback on Friday, making official the rumors that he would run to replace Utah’s retiring Senator Orrin Hatch, the longest-serving Republican in the Senate.

An outspoken critic of President Trump, Romney said in a video officially announcing his candidacy that “Utah has a lot to teach the politicians in Washington.” During the 2016 Republican primary, Romney lashed out at then front-running candidate Trump, calling him a “phony” and a “fraud.”

The White House had aggressively lobbied Hatch to seek an eighth term in part to block Romney from trying take the seat and from there possibly launching another presidential bid after his failed 2012 run, the New York Times reported.

While Trump once called Romney a “disaster candidate,” the president now says Romney “will make a great Senator and worthy successor” to Hatch.

In 2016, Romney tweeted that he would not have accepted Trump’s endorsement of his 2012 presidential bid if Trump had made racist and hateful comments about “Muslims, Mexicans, disabled” back then. But on Monday, Romney tweeted his thanks to the president, and said he hopes that he will also “earn the support and endorsement of the people of Utah,” a state where President Trump enjoys his highest approval ratings.

Romney, who grew up in Michigan and was governor of Massachusetts from to 2003-2007, has a home in Utah, and is a Mormon like approximately 55% of the state’s residents. 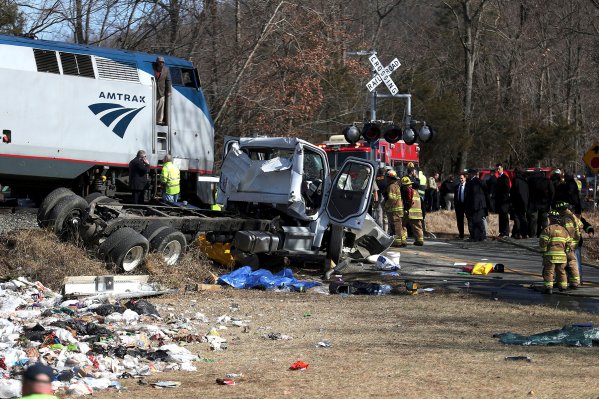 GOP Lawmakers Who Sprang into Action During Baseball Shooting Again Rush to Help After Train Crash
Next Up: Editor's Pick