The couple who took in suspected Florida school shooter Nikolas Cruz after his mother died is speaking out for the first time – and they insist they had no idea he was capable of allegedly opening fire at a school.

“Everything everybody seems to know we didn’t know,” James Snead told Good Morning America on Monday.

James and Kimberly Snead said that their own son was at Marjory Stoneman Douglas High School on Wednesday when Cruz, 19, allegedly used his AR-15 rifle to kill 17 students and staff members.

They told the South Florida Sun-Sentinel that Cruz texted their son on the day of the shooting to ask what classroom he was in, adding that he had something important to tell him. When the Sneads’ son responded, Cruz said it was “nothing.”

The Sneads also said they knew Cruz had guns, but said they practiced gun safety and made him keep them locked up. James Snead told the Sun-Sentinel he believed he had the only key to the gun safe and said Cruz had to ask permission to take the guns out. He said he didn’t realize Cruz had his own key that allowed him to access the guns. Snead repeated that assertion on Good Morning America.

The Sneads took in Cruz after his adoptive mother died of pneumonia in November, leaving him orphaned, they told the Sun-Sentinel. They said they got him back in school, took him to see a therapist, were helping him pursue his goal of enlisting in the U.S. Army and made him follow strict rules in their home.

James Snead is a U.S. Army veteran and Kimberly Snead is a neonatal intensive care nurse, according to the newspaper.

James and Kimberly Snead said that Wednesday morning before the shooting seemed normal. Cruz told the couple he wouldn’t need a ride to school because, “It’s Valentine’s Day, and I don’t go to school on Valentine’s Day,” they told the Sun-Sentinel.

While they say Cruz had some odd eating habits and was very depressed after the death of his mother, they never saw any warning signs. James Snead added, “Everything everybody seems to know, we didn’t know.”

“We had this monster living under our roof and we didn’t know. We didn’t see this side of him,” Kimberly Snead told the newspaper.

Vegas Officer Shot During Protest Is on Life Support

The Sneads say they last saw Cruz when he was in police custody as they were picking up their son, who was released after being questioned. Their attorney insisted on GMA that they couple are doing everything they can to cooperate with the police investigation and have nothing to hide. 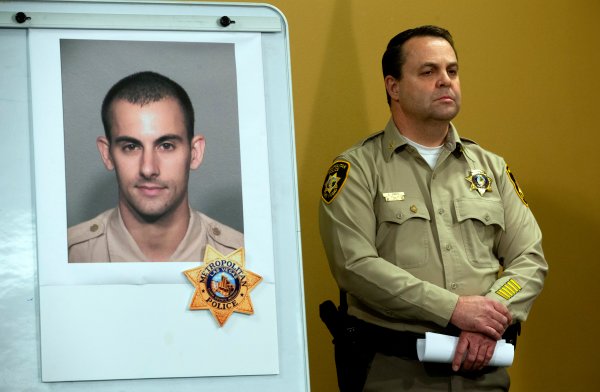