After charming fans with an impressive routine during the team skating event of the 2018 Winter Olympics, Alex and Maia Shibutani — a.k.a. the Shib sibs —brought their A-game to the short program portion of the ice dancing competition.

Dubbed the “King and Queen of Twizzles” by NBC commentator Tara Lipinski, the American brother-sister duo wowed with a series of the synchronized rotating turns during their Sunday performance in PyeongChang. They earned an overall score of 77.73 — with a 40.33 in technical and a 37.40 in presentation— giving them a short-lived first place ranking.

The Shibs were bested shortly afterward by Canada’s Scott Moir and Tessa Virtue, whose captivating routine garnered a 83.67 from the judges. However, the siblings still seemed pleased with their efforts.

“That was the Olympic performance we were looking for,” Maia told NBC following the skate.

“Right now I just feel really proud,” Alex added. “We had a lot of fun out there. It was awesome.” 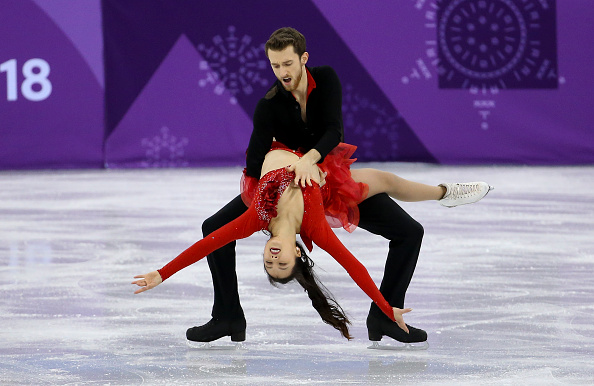 'Despacito' Is the Clear Winner of the 2018 Olympic Ice Dancing Competition
Next Up: Editor's Pick