The Olympics Brought North and South Korea Together. But Hope for a Unified Korea Is 'Withering Away'

Though the unified Korean women’s ice hockey team concluded its Olympics story in PyeongChang, South Korea, on Tuesday, with its fifth defeat in a row, fans and athletes alike hailed the team. As one hockey spectator told TIME’s Sean Gregory, the players were a symbol of hope for the eventual reunification of the country.

That reunification has been a subject of both debate and wishful thinking ever since North Korea and South Korea split following World War II. The Allied victory ended 35 years of Japanese colonial rule of Korea but left the nation divided between the influence of the U.S. and the USSR. The 2018 unified hockey squad was just one of the many ways that the Winter Olympics in PyeongChang have put Korean politics in the spotlight from the moment the Games began. But, despite the vision of possible unity that North and South Korea have attempted to present at the Winter Olympics, it turns out that the Games also shine a light on why that hope for unity may be more myth than reality.

Kyung Moon Hwang is Professor of History and East Asian Languages and Cultures at the University of Southern California, and author of A History of Korea: An Episodic Narrative. He spoke to TIME about what that narrative of Olympic unity is missing — and what people all around the world get wrong about Korean history.

TIME: As an expert in the history of this region, as you watch the world focused on the Korean peninsula during the Olympics, what goes through your mind?

KYUNG MOON HWANG: There are a lot of parallels that can be drawn to South Korea’s previous hosting of the Olympics, in 1988. For me, 1988 is really important because it had a major role in what happened the year before, the democratization of South Korea. [In 1987, South Korea held its first free presidential elections since the early 1970s.] The democratization process reached a new stage this past year with the candlelight protests [calling for the impeachment of then-president Park Geun-hye]. So, South Korea in those intervening few decades has grown, developed and changed in enormous ways. And North Korea in those 30 years has not. From a long-term perspective, you can’t help but look at 1988, with the Olympics as a focal point in the path of divergence between North and South Korea.

What exactly was the role of the Olympics in that process?

It was used as a leverage point for those who were applying pressure throughout the 1980s, because they knew that even a dictatorship could only go so far in suppressing demonstrations ahead of the Olympics, because the [South Korean] regime had so much riding on the Olympics successfully being staged. That acted as an important hedge against a massacre, which did take place in earlier uprisings.

As you mentioned, things have gotten even worse in North Korea over those 30 years. What have been the reasons behind that shift?

First is the most tragic thing, which is that in the mid-1990s, North Korea experienced a terrible famine, which might have killed upwards of a million people. A huge percentage of the population was killed. And accompanying that, in the intervening three decades there were two major transitions, politically, and with each transition, there has been in some ways a retrenchment.

So what do you think, then, of gestures such as marching together or playing hockey together?

It’s better than not having that happen, I suppose. The so-called thaw is a positive development. I think the short-term outcome, in that it will prevent the regime in North Korea from doing anything violent or rash during the Olympics, that’s a significant accomplishment. I have my reasons to doubt the long-term positive outcomes. I think it might just go back after the Olympics to what it was before, after all the photo-ops and the temporary affection that’s been shown by some quarters of South Korea toward North Korea based on the dictator’s sister or the cheerleading squad or whatever. South Koreans, I think, are looking at this for the most part as a sideshow.

Is that just because older people might have a more personal memory of a time before the split?

It’s that, and they’re much more beholden to the ideological manipulation than most South Koreans and North Koreans today who are younger, about the imperative to reunify. I think older South Koreans are still latching onto that because that’s how they grew up and what they were always told.

Where does that idea of an “imperative to reunify” come from?

It’s the same with every country, the national myths about a national identity. In Korea, because of the political division that was artificially implemented in 1945, it’s been used on both sides as an ideological and motivational tool for dictatorship. A lot of this is just simple tribalism, but I think there are higher priorities among those who didn’t grow up in that period.

What should we know about how those myths developed?

Ethnic nationalism, in the way that we usually see it throughout the world, arose in Korea at the turn of the 20th century, just as it did in other places, with the international system cohering around this structure of nation-states. And most of those nation-states are supposed to be ethnic nation-states, but of course in reality most of them are cross-ethnic. Koreans had over 1,000 years of a political structure that more or less overlapped with a cultural identity of Korean-ness, so it wasn’t completely an artificial construct — but still the form that you find today, this absolute belief in ethnic homogeneity or a common ancestry and mythical history, all that stuff is in the modern construct. Because the first half of the 20th century was characterized by Japanese occupation and the division that came following World War II, the nationalism has gotten even stronger for political mobilization on both sides. It would be a way to legitimize [your side], to have unification on your terms. That’s why the North Koreans started the Korean War. The Korean War was all justified by bringing about unification.

Speaking of the period of Japanese colonialism, NBC had to apologize recently after an Olympics announcer’s commentary framed Japan’s influence as a positive for Korea. Are there other errors you see frequently when people talk about Korean history?

Outside of Korea, there’s a notion that the Korean War was a moment when the Americans went in to save South Korea from North Korea’s invasion — which is not untrue, but of course if you put it that way it greatly simplifies things. The United States went to Korea not in 1950 to defend South Korea. The original American intervention was in 1945, as the victor over Japan in World War II.

They picked the 38th parallel as the dividing line, right?

There’s evidence that the actual dividing line was finalized by guys in the State Department who took out a map and drew a line — but that line, the 38th parallel, had been discussed during a summit in World War II. The story is that it was done off the cuff, but it had been discussed. The Americans favored it because that put Seoul in the American zone of occupation.

If that’s what people get wrong about Korean history outside of Korea, is there anything in particular that even people who live there might not know?

So many things. Mostly it has to do with the nationalist perspective on history, which creates all these myths. All that coalesces into this firm belief in Korean national homogeneity and the sanctity of ethnicity, and enforced unanimity in perspective about their history. This is where the Japanese come in. The Japanese have done throughout history lots of bad things to Korea. But it’s become an absolute perspective, that the Japanese impact has been wholly negative.

That tendency toward wanting to have a unified version of a nation’s history is tempting for any country.

Sure, it’s a means of support for instilling tribal identity. We do that in the United States, too — all that stuff about early American history that we all were taught when we were growing up. We hopefully realize [they are myths] when we become adults. 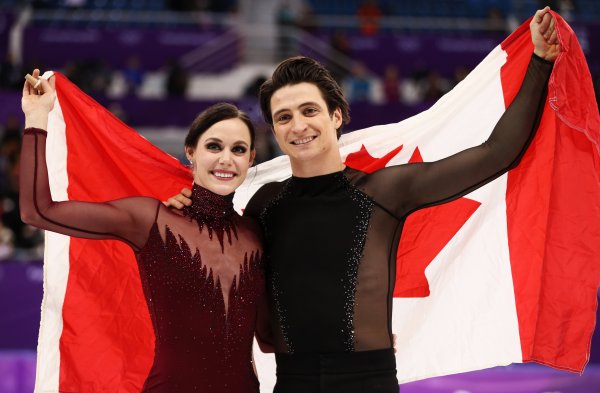