Nathan Chen proved he is the king of quads by making history with six quadruple jumps in the figure skating long program at the 2018 Winter Olympics.

Chen, who broke hearts across the U.S. Thursday when he came in 17th during the figure skating men’s short program, came back with a vengeance in the long program Friday, and set new Olympics quad jump record in the process.

Chen, who became the first figure skater to make five quad jumps during a competition in 2017, broke his own record during the long program Friday by pulling off six quad jumps. He earned a total of 215.08 points — a new personal best — 297.35 points in total, and was in first place by the end of his program.

After a disappointing night for many who were following Chen this week, the win felt like redemption to all his fans and was a moment of pride for former U.S. figure skaters. 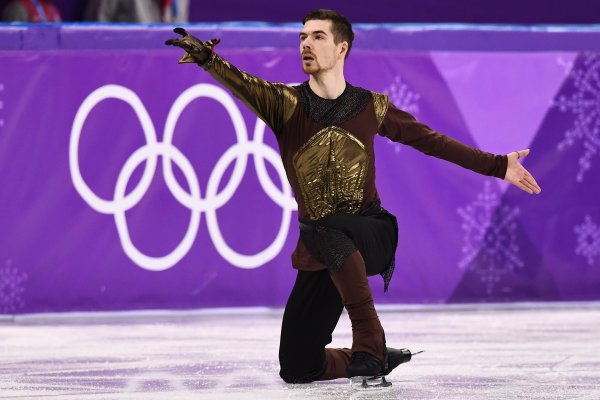 The Internet Lost It Over a Skater's Game of Thrones Routine
Next Up: Editor's Pick