Every time Japan’s Yuzuru Hanyu skates these days, he’s showered with Winnie the Pooh bears. His supporters have thrown the adorable bears onto the ice after eagle-eyed fans saw the reigning Olympic champion using a Pooh-themed tissue box cover at the rink. Hanyu is apparently a fan of the A. A. Milne character, and the superstitious skater sees him as a good luck mascot. There’s usually a Pooh sitting rinkside when he skates, and Hanyu will bow to or pat the bear’s head before competing. Although Olympic rules don’t allow mascots by the ice, rest assured there was probably a Pooh sitting by Hanyu’s locker backstage in PyeongChang.

And the tradition continues at the Olympic figure skating men’s event. His fans have a lot of bears to make up for — Hanyu injured his ankle last November and has not competed since then, so his appearance on Olympic ice for the first time in three months meant a lot of Pooh bears could finally find their home.

What does the reigning Olympic champion do with all the bears (and there are a LOT of them, as the poor Olympic sweepers can attest). Hanyu usually donates them — by the bagful — to local charities wherever he skates. Looks like there may be some new devotees of the cuddly Winnie the Pooh in Korea in coming weeks. 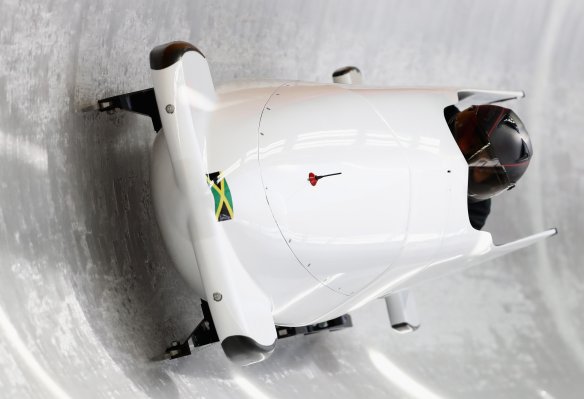 Beer Company Comes Through With a Sled for Jamaica Women's Bobsled Team
Next Up: Editor's Pick