O.A.R. the Band Has a Lot of Feelings About OAR the Olympic Athletes Russian

While lots of viewers of the 2018 Winter Olympics in PyeongChang, South Korea have wondered why there is an OAR olympic athlete team at the Winter games, others, like the folks at Mashable, were concerned about how the band, O.A.R. were dealing with having to share a name with these Russian athletes.

In an interview with Mashable, lead singer and guitarist Marc Roberge said that he and the band are taking the name similarity in stride and good humor.

“When the games started the phone calls started coming in, the emails, the texts — now to the point where every single morning I have a funny run-in with somebody about it,” he said. “It’s grown into this thing, but it’s hilarious, it’s awesome and I love it.”

Roberge also said that the band as a whole are sports fans and that because they also toured Russia in the past, they’re not salty about sharing a name with the Olympic athletes from Russia.

“As a group, we’re huge sports fans, we’ve always toured the country and visited a lot of different sports teams,” he said. “The Olympics is a huge event. I have memories my whole life watching with my family and now I do it in the mornings with my own kids…I’m trying to enjoy it, and we’re athletic by proxy now at this point.” 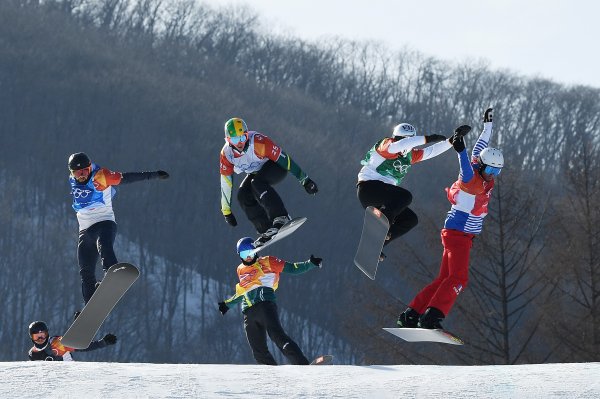 Watch This Olympics Reporter Reach a New Level of Excitement
Next Up: Editor's Pick