The day after the massacre, Columbine High School students gather outside their school to pray and place flowers on the ground. Many just wander among the tributes crying, trying to make sense of what has happened.
Zed Nelson—INSTITUTE
By Sarah Gray

On April 20, 1999, Heather Martin hid in the Columbine High School choir office with about 60 other students as terror unfolded.

The shootings at her school left 12 students and one teacher dead and shocked the nation. It was the deadliest high school shooting in America – until Wednesday when 17 were killed at Marjory Stoneman Douglas High School in Parkland, Florida.

Nineteen years later, Martin is a teacher at a high school in Aurora (another Colorado town scarred by a mass shooting). Her students are seniors – the same age she was when she survived Columbine.

And she’s using her horrifying experience to help educate them about school shootings like the one in Florida – and to keep them safe.

Martin, of course, is a living reminder that school shootings can happen anywhere.

“They know my story; they know the safety protocols,” she said. “In a setting where I can quickly build those relationships with the kids I can be a little bit more blunt than I might be with strangers, so they probably hear some of the details [of my story] that aren’t in the news.”

She always knows the “three possible exits” out of her classroom.

Martin is not only sharing her experiences with her students, but also to other mass shooting survivors.

In 2012 after the Aurora movie theater shooting, Martin, along with fellow a Columbine survivor, founded a survivors network named the The Rebels Project after the Columbine High School mascot.

“We founded it because we are sick as survivors of feeling helpless,” she said. “So amongst other feelings after another tragedy happens, it’s that helpless feeling because you know what they’re in for. You know that the event is awful and terrible and traumatic, but it’s just the beginning.”

The Rebels Project initially connected Columbine and Aurora survivors, and it still sponsors local monthly support group meetings. But its mission has grown in recent years – with a vast private Facebook support network, connecting those who have experienced some facet of a mass shooting, from victims to family members.

Now The Rebels Project is preparing to support those who experienced the Marjory Stoneman Douglas High School shooting; they have “representation in Florida.” 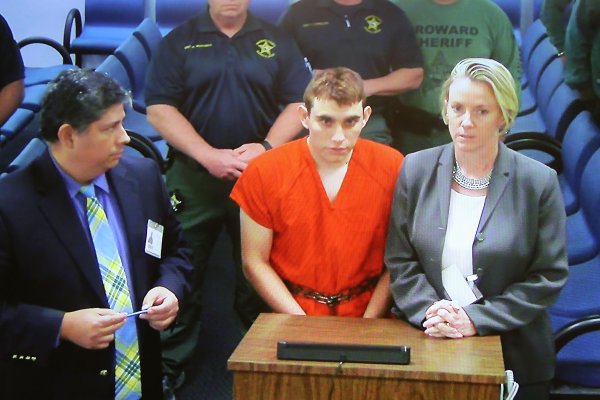 What the FBI Knew About the Accused Florida School Shooter – and When
Next Up: Editor's Pick