Everything You Need to Know About the PyeongChang Paralympics

This winter, all eyes have been on the 2018 Winter Olympic Games in PyeongChang as the world’s top athletes compete for gold in skiing, snowboarding, figure skating and more. But although Adam Rippon and Chloe Kim may have won our hearts — and some hardware — in the events so far, there’s another major competition coming up that will be just as inspiring. The PyeongChang Paralympics are yet to happen, and they promise to deliver even more ice- and snow-filled drama in South Korea. Here’s your guide to everything Paralympics this year.

When are the PyeongChang paralympics?

The PyeongChang Paralympics will take place in South Korea in March, kicking off with an opening ceremony of their own on Friday, March 9 and running through Sunday, March 18 of this year, making use of many of the same facilities and mountain setups that have hosted the Olympics as well. This is the first time in 30 years that the Paralympics have taken place in South Korea, following Seoul’s hosting back in 1988. Like in the Olympics, the opening and closing ceremonies and snow sports will happen in PyeongChang, alpine skiing will go on in Jeongseon, and all ice sports head to the coastal city of Gangneung.

What is the official mascot of the 2018 Paralympics?

Paralympians will be represented by Bandabi, an Asiatic black bear, who is the official mascot of the 2018 Winter Paralympics. Mascots are a traditional part of all Olympic Games: this year’s mascot for the February events in PyeongChang is Soohorang the white tiger. Asian black bears are native to parts of the Himalayas, China, Korea, Russia, Japan and India, and are classified as a vulnerable species. They have distinctive markings: all black fur with a white patch on the chest and chin. Bandabi is “symbolic of strong will and courage,” according to the Paralympic site, with his name combining Korean-language references to the white markings on his chest and to the celebration of the Games themselves.

What are the Paralympic sports?

Six sports are played in the Paralympic Games: para alpine skiing, para biathlon, para cross-country skiing, para ice hockey, para snowboard and wheelchair curling. Events include all the usual suspects, from the many variations of downhill and slalom skiing to snowboard cross and more.

Which U.S. athletes will compete in the Paralympic Games?

The ones to watch this year are a team calling themselves the “Three Amigos.” Back in Sochi in 2014, Evan Strong, Mike Shea and Keith Gabel swept the snowboarding podium, taking home all three medals in a historic moment. In 2018, they’re hoping to repeat their Sochi success. On the women’s side, the names to know are Amy Purdy and Brenna Huckaby; Purdy was a medalist in 2014 and a longtime advocate for the sport, and Huckaby is a three-time world champion.

Sled hockey has also been dominated by the U.S. over the last decade, with the team taking gold in both 2010 and 2014. They’ll look to repeat once more in PyeongChang, and come stacked with a veteran Paralympic roster that includes three-time medalist Steve Cash, two-time medalist Nikko Landeros and gold medalist Declan Farmer, among many more.

And curling, a sport which has captured Olympic audiences already, becomes wheelchair curling for the Paralympics — with a strong set of U.S. contenders. Relative newcomers Kirk Black and Steve Emt have been having a strong season, and Paralympic veteran Penny Greely will make her third appearance in the Games.

You can learn more about all the athletes at the Paralympic site.

How can I watch the Paralympics on TV?

Like with the Olympics, the Paralympics will be covered by NBC. They’ve already announced an unprecedented 94 hours of TV dedicated to the Paralympics, an increase over Sochi, with coverage of all six sporting events. Beyond TV, NBC will stream the Paralympics on NBCSports.com and their app. Scheduling details have yet to be announced.

Which country won the most medals in the 2016 Rio Paralympics?

In 2016’s Summer Paralympic Games in Rio de Janeiro, China came out on top of the medal count, with 107 golds, 81 silvers and 51 bronzes. China was followed by Great Britain, the Ukraine, and the U.S. in fourth place, with 40 gold medals, 44 silver and 31 bronze. In Sochi’s Paralympics in 2014, there were fewer winter events so the medal tallies are, by default, lower. Russia dominated with 30 gold medals, 28 silvers and 22 bronzes, followed by Germany, Canada, and the Ukraine. The U.S. came in eighth place, with two gold medals. 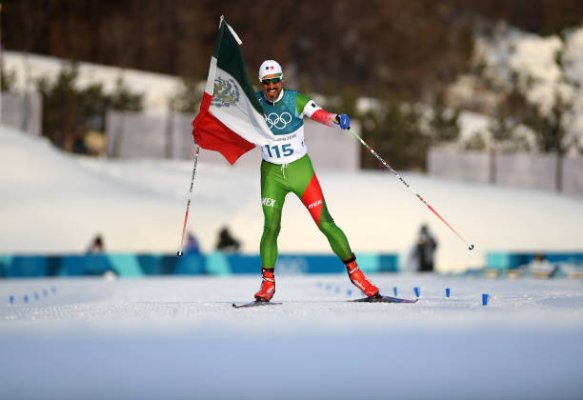 The Internet Found Its New Hero. It's an Olympic Skier Who Finished Dead Last.
Next Up: Editor's Pick