The centerpiece of Apple Inc.’s new headquarters is a massive, ring-shaped office overflowing with panes of glass, a testament to the company’s famed design-obsessed aesthetic.

There’s been one hiccup since it opened last year: Apple employees keep smacking into the glass.

Surrounding the Cupertino, California-based building are 45-foot tall curved panels of safety glass. Inside are work spaces, dubbed “pods,” also made with a lot of glass. Apple staff are often glued to the iPhones they helped popularize. That’s resulted in repeated cases of distracted employees walking into the panes, according to people familiar with the incidents.

Some staff started to stick Post-It notes on the glass doors to mark their presence. However, the notes were removed because they detracted from the building’s design, the people said. They asked not to be identified discussing anything related to Apple. Another person familiar with the situation said there are other markings to identify the glass.

Apple’s latest campus has been lauded as an architectural marvel. The building, crafted by famed architect Norman Foster, immortalized a vision that Apple co-founder Steve Jobs had years earlier. In 2011, Jobs reportedly described the building “a little like a spaceship landed.” Jobs has been credited for coming up with the glass pods, designed to mix solo office areas with more social spaces.

The building is designed to house some 13,000 employees. Wired magazine, first to pay a visit at its opening last year, described the structure as a “statement of openness, of free movement,” in contrast to Apple’s typically insular culture. “While it is a technical marvel to make glass at this scale, that’s not the achievement,” Jony Ive, Apple’s design chief, told the magazine in May. “The achievement is to make a building where so many people can connect and collaborate and walk and talk.”

An Apple spokeswoman declined to comment. It’s not clear how many incidents there have been. A Silicon Valley-based spokeswoman for the Occupational Safety and Health Administration referred questions about Apple’s workplace safety record to the government agency’s website. A search on the site based on Apple’s name in California found no reports of injuries at the company’s new campus.

It’s not the first time Apple’s penchant for glass in buildings has caused problems. In late 2011, 83-year-old Evelyn Paswall walked into the glass wall of an Apple store, breaking her nose. She sued the company, arguing it should have posted a warning on the glass. The suit was settled without any cost to Apple, according to a legal filing in early 2013. 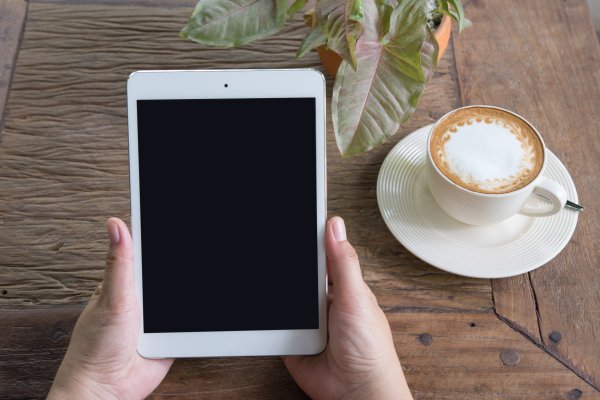 The Internet Sounds Off About Apple's iPad Commercial
Next Up: Editor's Pick