South Korea’s Yun Sung-Bin made Olympic history when he won the men’s skeleton competition on Friday during the 2018 Winter Olympics, bringing South Korea its first gold (and its first medal of any kind) in the sport. But as it often does, the Internet found an additional reason to celebrate Yun: his helmet. That’s right, Yun’s helmet looks strikingly like Iron Man’s outfit, complete with red and gold coloring and glowing eyes.

Yun led his competitors after the first two runs, according to NBC News, and he won his gold by a significant 1.63 seconds. Nikita Tregubov, one of the Olympic Athletes from Russia, came in second place, and Great Britain’s Dom Parsons came in third.

As Yun claimed his victory, fans on Twitter shared their enthusiasm that one of their favorite Marvel superheroes looked like he was getting a chance to participate in the PyeongChang Olympic Games. 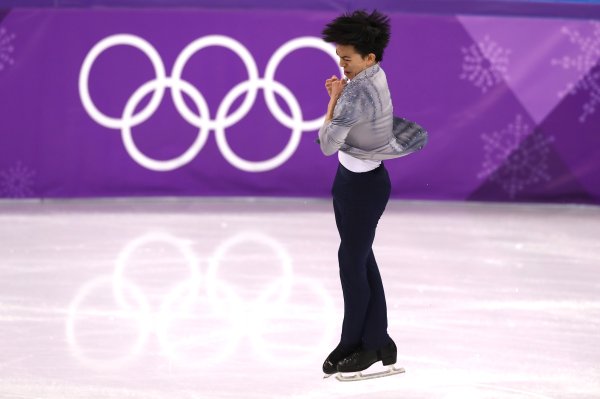 America's Vincent Zhou Makes History by Landing a Quadruple Lutz at the Olympics
Next Up: Editor's Pick