First-time American Olympian Vincent Zhou became the first figure skater to land a quad lutz in any Olympic Games when he nailed the jump at the opening of his short program.

The 17-year-old was one of three skaters set to try the quad lutz in their short program, according to the Associated Press. It is considered one of the most difficult jumps that skaters currently perform at the Olympics.

He is the youngest member of Team USA in PyeongChang, and is off to a successful start in his debut Olympic competition. His score of 84.53 will likely put him in the top group ahead of the free skate competition up next.

Zhou’s teammates, Nathan Chen and Adam Rippon, who have also earned lots of attention during their time in PyeongChang, are skating later in the program. But after Zhou’s impressive jump, the Internet was all his. Many Twitter users congratulated him and shared their feelings in the classic form of memes and Meryl Streep gifs. 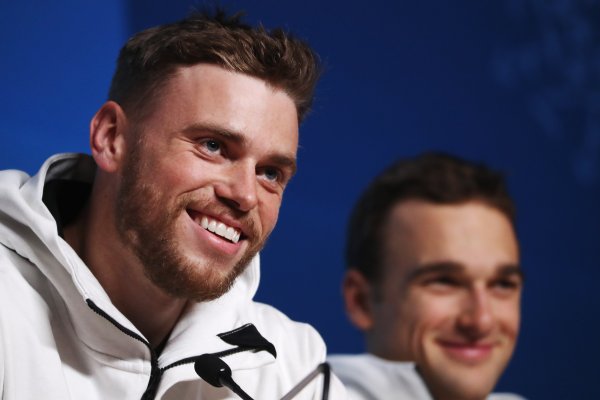 Gus Kenworthy Has a Great Excuse for Not Meeting Mike Pence
Next Up: Editor's Pick