A cyberattack by the group on April 7, 2013 took down a large number of Israeli websites, including those of the Defense Ministry and the Prime Minister’s office. The hackers also published a list of credit card numbers and email addresses apparently lifted from the website of a business selling equipment to the Israeli military. The government said the actions had not caused significant damage to Israel’s online infrastructure.

AnonymousOpIsrael stated that the latest attack was in retaliation for “crimes against humanity” which the group says the Israeli government committed against Palestinians. 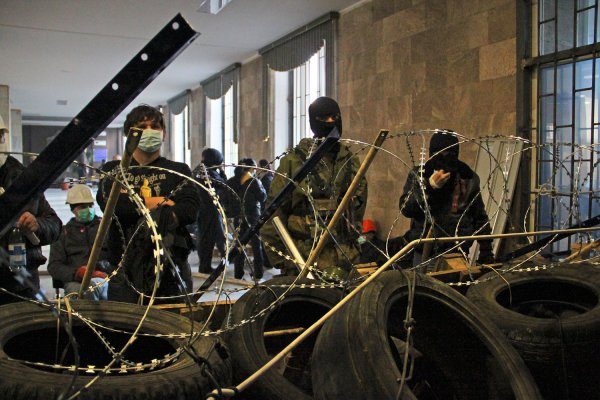 Protesters Seize Buildings in Eastern Ukraine
Next Up: Editor's Pick