What to Know About Republic of Florida, the White Supremacist Militia

As the world scrambled to learn about suspected school gunman Nikolas Cruz, a Florida white supremacist militia claimed he was a member on Thursday.

Jordan Jereb a leader in the group the Republic of Florida told the Associated Press Cruz “acted on his own behalf.” However, he said Cruz participated in his group’s paramilitary drills in Tallahassee.

Jereb has since backed away from the claims, posting on the far-right social media platform Gab, about a “prank.”

“There was a legit misunderstanding because we have MULTIPLE people named Nicholas in ROF,” a user with Jereb’s name said. “And I got a bunch of conflicting information and I have not slept for like 2 days.”

Lt. Grady Jordan with the Leon County Sheriff’s Office in Tallahassee also said investigators have found “no known ties” between Cruz and Republic of Florida, a group that his office tracks.

Police say Cruz has confessed to killing 17 in a shooting at Marjory Stoneman Douglas High School in Parkland, Florida.

This is what we know about the Republic of Florida:

Was Nikolas Cruz involved with the Republic of Florida?

Jereb told the Anti-Defamation League and numerous other media outlets that Cruz was “brought up” by another member and added that Cruz went to the paramilitary drills by carpooling with other Republic of Florida members in southern Florida. However, he later appeared to back away from those claims.

Police in Tallahassee also said they have found no ties between Cruz and the group.

What is Republic of Florida?

The Republic of Florida is a white supremacist group with an anti-government bent, according to ADL. The group has been around just a few years.

What is the group’s ideology?

The Republic of Florida wants a “white ethnostate” in Florida, according to the ADL. It describes itself as a “white civil rights organization fighting for white identitarian politics.” On its website, the Republic of Florida claims it does not hate minorities “considering we are minorities ourselves” and says the group does not hate people who are not white, though its members want to withdraw into “majority white urban areas to create communes.”

Is the group connected to any other violent acts?

Jereb was arrested in 2016 for threatening one of Florida Gov. Rick Scott’s staffers because he was reportedly angry with the staffer’s son, the ADL reported. However, it is unclear if the charge was connected with the Republic of Florida.

Correction: The original version of this headline and story included a claim from Jordan Jereb, the leader of white supremacist organization The Republic of Florida, that Nikolas Cruz was a member of his group. Jereb has since withdrawn that claim. 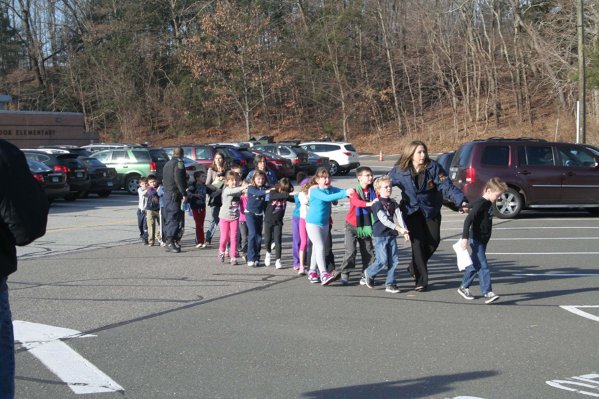 The Photographer Behind This Unforgettable Sandy Hook Photo Looks to Florida and Asks, What's Changed?
Next Up: Editor's Pick