Jeff Sessions said that the Justice Department will make responding to school shootings a priority.

Speaking to the Major County Sheriffs’ Association Thursday, the attorney general said that the U.S. “must reverse these trends” and vowed to increase gun prosecutions.

“It cannot be denied that something dangerous and unhealthy is happening, and we are once again, watching the images of our children— terrified— streaming from their school with their hands above their heads,” he said. “When parents, once again, go to sleep in fear that their kids will not be safe when they leave for their school bus in the morning. We must confront this problem.”

Sessions was speaking one day after a gunman killed at least 17 and injured 14 students at Marjory Stonemason Douglas High School in Parkland, Florida. It was the 18th school shooting of this year.

The suspected shooter, 19-year-old Nikolas Cruz, was taken into custody about an hour after fleeing school grounds. 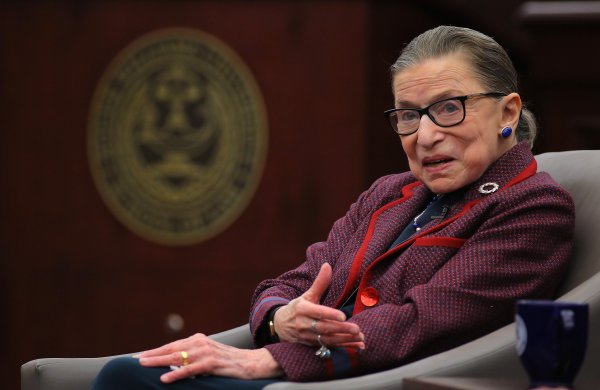 Ruth Bader Ginsburg Says #MeToo Is Here To Stay
Next Up: Editor's Pick