How to Become Less Afraid of Death

Illustration by Pete Ryan for TIME
By Jeffrey Kluger

Death, in the view of many theorists, is a good thing, at least for a society that aspires to be creative. When you’re on the clock, you accomplish more. Cultural anthropologist Ernest Becker, author of The Denial of Death, called mortality “a mainspring of human activity.” If you want to invent a light bulb or paint a Mona Lisa, you’d best get started, because checkout time is coming.

That’s perfectly fine when you’re contemplating the human species as a whole, but our personal mortality is a different matter, right? Not always. A 2017 study in Psychological Science tallied the number of positive and negative words in blog posts written by the terminally ill and compared them with essays by people who were asked to imagine being near death and then write about it. The dying people, it turned out, were more positive.

People are able to come to terms with death as they age, thanks to what psychologists building on Becker’s work dubbed Terror Management Theory. Equal parts denial and self-soothing, courage and fatalism, TMT is what kept Cold War Americans going despite fear of nuclear annihilation, and got New Yorkers out to work on that Sept. 12 following the terrorist attack.

Some TMT techniques involve what psychologists call constructive distraction: busying ourselves with a lifetime of meaningful things. When faced with acute reminders of death–say, a funeral–we push back with something that prolongs life, like going for a run. We also become good at flippancy, making death benign or comical–think Halloween costumes.

We get better at this as we age. A 2000 meta-analysis found that fear of death grows in the first half of life, but by the time we hit the 61-to-87 age group, it recedes to a stable, manageable level.

Terror management happens not just individually but collectively, through our affiliation with social systems that define us, especially religion, nation and family. Religion is the most direct, because so many faiths sidestep fear of death by promising eternal life. But along with nation and family, religion provides something subtler too: a community that gives a kind of constitutional order to a cosmos that otherwise makes no sense.

“Death is typically on the fringes of our awareness,” says Thomas Pyszczynski, a professor of psychology at the University of Colorado at Colorado Springs. “When reminded of their mortality, people cling to their worldviews more and react more warmly to people and ideas that comfort them.”

A post-9/11 study in the journal Identity by psychologist Curtis Dunkel of Western Illinois University supports this idea. He found that people who have established an “identity commitment,” or an allegiance to a group or worldview, exhibit less anxiety when reminded of death than people still engaging in “identity exploration.”

The risk of such an allegiance is that it may make us less tolerant of other people. That may partly explain why we have religions that promise eternal life, but only for members of the faith.

Meanwhile, the ability to live in the moment is something that brings older people a sense of calm. “The elderly become more present-centered,” says Steve Taylor, a lecturer in psychology at Leeds Beckett University in Leeds, England, “and research shows that being present-centered leads to enhanced well-being.”

Most important is what developmental psychologist Erik Erikson dubbed generativity–the process not of achieving and keeping things, but giving them away. You can’t take the house you built or the songs you wrote with you, to say nothing of the family you created. They are all your body of work, your mortal oeuvre, and there can be joy in handing them on.

“The idea of one generation replacing the next becomes a buffer against anxiety,” says Pyszczynski. If there’s peace to be had at the approach of death, it comes from knowing that the world you’re exiting is at least a bit richer than the one you found when you arrived. 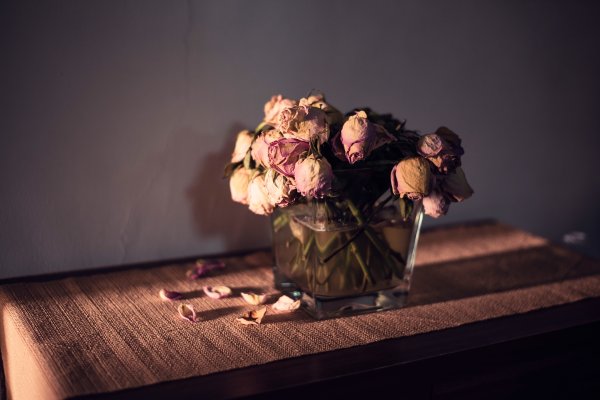 These Three Words Helped Me Understand My Father’s Death
Next Up: Editor's Pick