#MeToo and the End of Teflon Men

To all the men who have worried since the start of #MeToo that their careers and reputations could be shattered by mere allegations, as the President put it recently, I’d like to say: Welcome to the club.

Even before social media made slander user-friendly, a woman’s reputation could be destroyed with a single cruel rumor or photo. Maligning her character or sexual behavior can neutralize a woman’s accomplishments and her grievances. That threat has kept us quiet and cautious about whom we challenge and why.

Till now, the court of public opinion has been harsher on women than on men. There, a man’s talent or value as artist, politician or executive, especially a white one, was weighed against his personal transgressions. More often than not, many people–including women, who are often complicit–have chosen to ignore or wall off ugly, abusive behavior from professional competence.

But those walls are increasingly porous. Cruelty, deception and corruption inevitably leak through and taint the work and the lives of all those associated. Many of those toppled by #MeToo were already known to be bullies or harassers. Those open secrets didn’t wreck their careers if they were making money for someone or fulfilling some need. Instead, the people around them suffered. Those who openly resisted men like accused rapist Harvey Weinstein say it was their careers that took a hit, and that standing up made it hard for them to rise in their field.

Tellingly, the person who has so far paid the greatest price for Weinstein’s behavior is a woman. Hollywood manager Jill Messick was devastated when her former client Rose McGowan suggested that she enabled the mogul’s abuse. Messick committed suicide earlier this month. “She became collateral damage in an already horrific story,” her family said in a statement.

Monica Lewinsky was also collateral damage. Congress impeached Bill Clinton for lying about their affair when she was an intern. He was called a liar, a philanderer and an opportunist. Yet by the end of his term, his approval rating soared, surpassing that of any modern President–even Reagan. We gave him a mulligan; the intern took the real hit. She was the one who couldn’t shake the stigma. It blighted her life for decades and drove her to become, for a time, suicidal.

But now the rules are changing, and I understand why men are unnerved. It’s no fun to worry that you won’t be believed.

Senator Orrin Hatch seemed shocked when White House staff secretary Rob Porter, who had served as Hatch’s chief of staff, was accused by both his ex-wives of punching, kicking and abusing them. Porter said he was being smeared, that one ex-wife’s black eye came from a fall, not his fist. Senator Hatch and President Trump jumped to his defense. “Shame on the politically motivated, morally bankrupt character assassins that would attempt to sully a man’s good name,” fumed Hatch. And after Porter was forced to resign, Hatch said he would hire someone like him again.

But this time the women would not be shamed into silence. When the President implied in a tweet that Porter was falsely accused, Porter’s ex-wives Colbie Holderness and Jennie Willoughby reluctantly stepped into the spotlight to refute the idea that they would lie about these painful experiences, or that their claims were “mere allegations” rather than findings in a months-long investigation by the FBI, a process that produced enough evidence to deny Porter a security clearance.

Perhaps to the surprise of a President who has ascended despite the many women who have accused him of sexual assault and misconduct, the public is listening to these women. Regardless of who knew what when about both Porter and a White House speechwriter who also denied accusations of domestic violence, it’s clear that for some period of time, top officials turned a blind eye to evidence that a man who hits women was at the heart of this Administration.

At last, abuses like these are seeping through the wall between personal and professional that for so long has shielded powerful men from their own misconduct. And as women know all too well, those stains can be permanent. 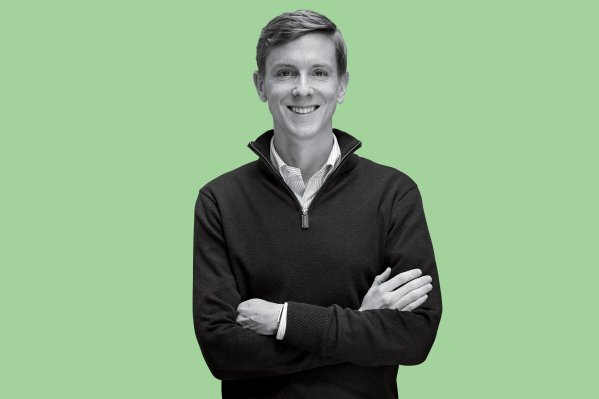 Facebook Co-Founder Chris Hughes on His New Book and Whether Zuckerberg Will Run
Next Up: Editor's Pick