The Facebook co-founder, Obama campaign digital strategist and former owner of the New Republic on his new book and a Zuckerberg presidency

In Fair Shot, you propose that we give every working adult whose family makes less than $50,000 an extra $500 a month, paid for by taxing the richest 1%. Will other rich people get on board?

Over the long term, the most powerful thing to spur economic growth is to increase consumer spending. If you give $100 to somebody struggling to make ends meet, they’ll spend it on housing, health care, education, whatever they need. If you give $100 to a wealthy person–and I am part of that 1%–the vast majority of it is going to the bank and not the productive economy. If working people have more money to spend, the economy grows faster.

Why should the superrich be limited in their ability to choose what to do with their money?

By no means do I think they should. The issue I’m trying to highlight is that we live in a winner-take-all economy where everybody’s working hard, but only a small select few are getting lucky. This is not about pitchforks coming for the rich.

What was the last guilty pleasure you bought?

A cup of Starbucks coffee this morning. Despite all the changes in my life, I’m still cheap about a lot of things.

Has the Internet injured how we read and think?

That was going on for a long time even before the Internet. Look at cable news. I could imagine some people making that claim with color printing for daily papers. It feels like this is a perennial concern, and I think it is real and I share it. I hesitate to say that the Internet is the culprit.

Do you think Facebook’s plans to prioritize posts from family and friends will be enough to stop disinformation?

I honestly don’t know. When Mark [Zuckerberg] talked about the difference between a meaningful experience and an entertaining one–that is very consistent with what he talked about a decade ago, publicly and privately around News Feed. So I’m heartened that it seems like that’s the direction the company moves in. But I don’t think there’s a magic answer for how to ensure civil discourse happens on Facebook. I’m hopeful they’ll figure it out. But I think we’re all waiting to see.

You left Facebook in 2007. Do you recall early examples of people using the site to misrepresent who they are?

In 2004, 2005, a lot of the differentiating power Facebook had was that people came there to be their real selves. Folks went to other websites–like MySpace and Friendster–oftentimes to invent new identities. But in the early days of Facebook, you literally had to sign up with a college email address, which authenticated that you were a member of that community, and you only had one account. The culture was very much about authenticity. Today it’s a very different network. They’ve got all kinds of problems with bots and impersonation.

Would Zuckerberg make a good President?

Well, I don’t think that is something that he is so interested in. We have a businessman taking the helm of the government, and it turns out that a lot of the experience that you need to be in that seat comes from being in the public sector and civil society.

When you were the owner of the New Republic, you worked closely with literary editor Leon Wieseltier, who recently admitted to sexual harassment. You handled a 2014 complaint against him, but did not fire him. Do you wish you’d acted differently?

He would not have been on staff if those claims had been surfaced to me at any point along the way.

Your husband ran for office. Fair Shot is a policy proposal. Would you ever run?

No, there’s no interest from me. I prefer to be on the sidelines. 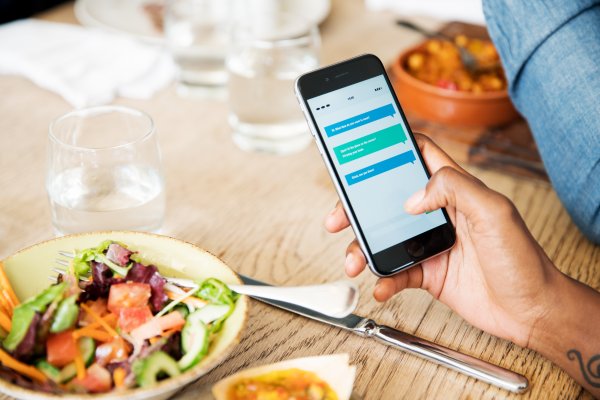 9 Ways to Finally Stop Spending So Much Time on Your Phone
Next Up: Editor's Pick