Illustration by Pete Ryan for TIME
By Jamie Ducharme

If a long life is what you’re after, going to church may be the answer to your prayers.

A number of studies have shown associations between attending religious services and living a long time. One of the most comprehensive, published in JAMA Internal Medicine in 2016, found that women who went to any kind of religious service more than once a week had a 33% lower chance than their secular peers of dying during the 16-year study-follow-up period. Another study, published last year in PLOS One, found that regular service attendance was linked to reductions in the body’s stress responses and even in mortality–so much so that worshippers were 55% less likely to die during the up to 18-year follow-up period than people who didn’t frequent the temple, church or mosque.

You don’t have to become a nun to get these health benefits, however. The simple act of congregating with a like-minded community might deserve much of the credit. Tyler VanderWeele, one of the authors of the JAMA study and a professor of epidemiology at the Harvard T.H. Chan School of Public Health, says factors related to churchgoing–like having a network of social support, an optimistic attitude, better self-control and a sense of purpose in life–may account for the long-life benefits seen in his study and others.

Indeed, it’s also the values drawn from religious tradition–such as “respect, compassion, gratitude, charity, humility, harmony, meditation and preservation of health”–that seem to predict longevity, not the dogma preached at the altar, says Howard Friedman, a professor of psychology at the University of California, Riverside, and co-author of the book The Longevity Project.

Fostering these qualities may even affect rates of chronic disease, says Marino Bruce, a co-author of the PLOS One study and a research associate professor of medicine, health and society at Vanderbilt University. “Having that sense that you’re not in the world alone, that you are part of a power larger than oneself, can give one confidence to deal with the issues of life,” Bruce says. “Biologically, if that reduces stress, then that means you’re less likely to have high blood pressure or diabetes or things that can increase mortality.”

But what if organized religion isn’t your style? Can solo prayer–or even a more abstract sense of faith or spirituality–provide the same payoff?

It’s difficult to say with certainty, because going to church is easier to measure than the intimate, individual way a person might practice religion. And the research on praying has been mixed. Some studies have found that prayer can improve disease outcomes and prolong survival, while others have been less conclusive. One 2006 study published in the American Heart Journal even found that people who knew they were being prayed for before undergoing heart surgery were more likely to experience complications than people who didn’t know whether they were in others’ prayers.

But prayer has been shown to be powerful, in at least one way. It triggers the relaxation response, a state of mind-body rest that has been shown to decrease stress, heart rate and blood pressure; alleviate chronic disease symptoms; and even change gene expression. This state is typically linked to activities like meditation and yoga, and research suggests it can also be found through praying.

Given that uncertainty and the accumulating evidence supporting communal religious participation, VanderWeele says solitary practitioners might want to consider congregating every once in a while.

“Might you be missing out on something–the power of religion and spirituality–by not participating communally?” VanderWeele says. “That’s not saying, ‘You should have religious beliefs to live longer.’ That’s saying, ‘You already hold these beliefs. Maybe it would be worthwhile to consider communal participation.'” 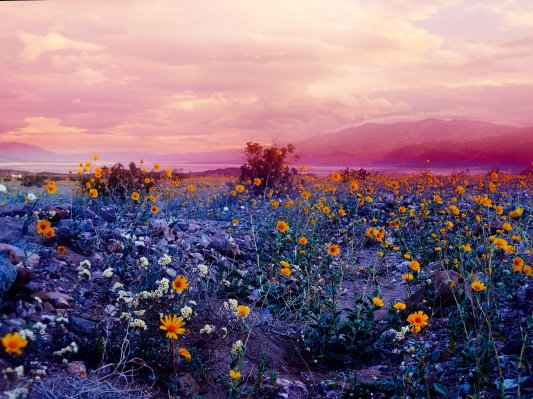 The Surprising Secrets to Living Longer — And Better
Next Up: Editor's Pick