While Lunar New Year celebrations may be best known for food, fireworks and family reunions, in China the holiday is also epitomized by a single TV show.

Since 1983, viewing at least part of the Spring Festival Gala on the state-run China Central Television network, or CCTV, has been a national tradition. This year’s program will run for about four hours on Thursday night, and include songs, dance routines and comedy acts spotlighting China’s provinces and various ethnic groups. Spots about national heroes and key government projects — such as the Belt and Road Initiative — also feature.

While the number of viewers has been variously touted at about 700 million, Guinness World Records in 2012 said the show had unique viewership of 498.7 million, making it the globe’s “Most Watched National Network TV Broadcast.” By contrast, the audience for this year’s NFL Super Bowl, typically the most-watched show in the U.S., was 103.4 million viewers, according to NBC.

Still, even China’s state-run tabloid Global Times has conceded interest in the often rambling program is waning: “The gala was previously regarded as a must-watch for many in China on the Eve of Chinese New Year, but has suffered from a decline of viewership and popularity in recent years,” it said after the 2017 telecast.

Not to be deterred, CCTV’s producers have tried to lure younger viewers by adding acts like pop band TFboys to a lineup that traditionally features plenty of Chinese opera. The world’s most popular show will find out tonight whether these tactics can fend off competition from smartphones and social media. 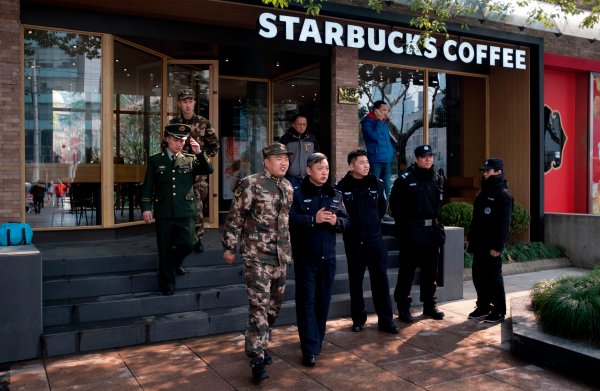 18 Hurt as Van Crashes Outside Starbucks in Shanghai
Next Up: Editor's Pick