At a time when net neutrality seems to be coming to an end, one of its biggest proponents, John Perry Barlow, has died on Feb. 7 at 70. Here, those who knew his work best reflect on how the Grateful Dead lyricist and digital-rights activist who co-founded the Electronic Frontier Foundation, helped shape the way the Internet works today.

People will remember John Perry Barlow, the digital-rights activist and co-founder of the Electronic Frontier Foundation who died on Feb. 7 at 70, in different ways. Some will remember him through his poetry. Those who are fans of music will remember him through his lyrics for the Grateful Dead. When I found out he’d died, I got six Grateful Dead CDs and put them in the six slots in the car, so that they’d play one after the other. However, from a selfish point of view, I would point to his work defending the open web as his main legacy.

In 1996, he wrote a manifesto, “A Declaration of the Independence of Cyberspace,” which people look back on now as the definitive cyberutopia statement. He believed that with tech, we can make the world a whole lot better. He imagined everybody connected, building a place of love and mutual assistance and understanding. I don’t think he was naive. I think he was very grounded in reality; he could see things from many sides, and was prepared to go to all kinds of places for his message. But he made an extreme statement, which people still find really valuable.

You could argue that Barlow’s dreams are needed even more today, in 2018, than when he wrote that manifesto. We’re a long, long way from the utopia of peace, love and understanding, and we need people more than ever to evangelize for technology, and for the good.

Code is poetry, and poetry is code. No one knew that better than John Perry Barlow. He was a poet first, writing lyrics for the Grateful Dead, and I think it was because he was a creative person, and was applying creative thinking within the technological world, that he managed to be so ahead of the curve in the way he saw things. He understood that our digital shadow would have consequences in the offline world and that human-rights issues were related to the cyber world. I first met him in 2012 at his home in San Francisco, when we were working on a documentary, but he’d already had a huge impact on the way I saw the Internet. His “A Declaration of the Independence of Cyberspace” was very influential for me as a young web developer in the ’90s; he helped many people put into words what they were feeling.

In real life, he was like a person on fire all the time. He had been sick when I met him, but you couldn’t tell. He was just full of ideas. The fascinating thing about him was that he could appeal to so many aspects of humanity—he was first known for writing, and he was involved in rock ‘n’ roll and politics, too. A jack of many, many trades. That’s why he had so many friends. He was a formidable force, and I feel a sense of urgency to carry on his work and try to honor his legacy. In a sense, it feels like he’s still out there. He is part of the marrow of the Internet.

Jónsdóttir is a poetician and member of the Pirate Party in the Icelandic parliament, and is chairman for the International Modern Media Institute (IMMI).

It is no exaggeration to say that John Perry Barlow’s vision, optimism and powerful writing played a key role in setting the tone for the Internet. In the late 1980s many in government and corporations saw the emerging network as a mere toy or hobby. John Perry, in contrast, saw it as offering something potentially transcendent. He saw that the technology could create a kind of connection that humans had been craving, where physical distance and even physical bodies no longer mattered. He said we were building a “collective organism of the mind,” where regardless of economic status, social standing or race, speakers can express their ideas, listeners are free to hear or ignore them, and anyone who wants to know something can learn it.

John Perry understood full well that this might not come to pass, and that the technology that could liberate humanity was also the one that could most effectively enslave it. His goal both in his own writings and in co-founding the Electronic Frontier Foundation was to ensure that a humane, loving, supportive connected Internet could get a running start. Looking ahead, we have much to do to bring Barlow’s vision into reality.

Cohn is Executive Director of the Electronic Frontier Foundation, which Barlow helped found. 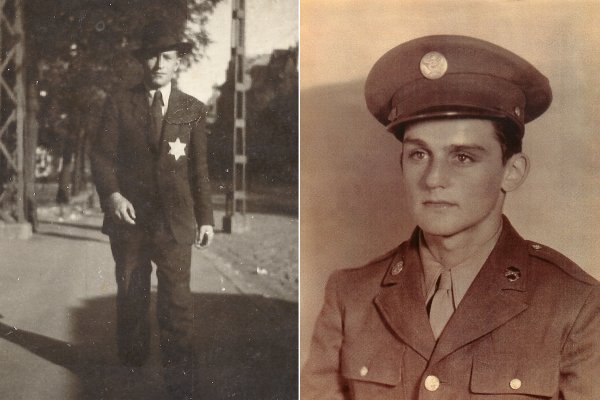 Inside the Accidental Liberation of a Concentration Camp
Next Up: Editor's Pick