The Florida School Shooting Was One of Several This Year. And It’s Only February

Wednesday’s school shooting at Marjory Stoneman Douglas High School in Parkland, Fla., was the latest of several school shootings of 2018 — in a year that’s not even two months old.

While many of these incidents — including the most recent before Wednesday’s shooting, one on Feb. 8 at New York City’s Metropolitan High School — did not result in any fatalities or injuries, schools nationwide have been rocked by gun violence in recent days.

Everytown for Gun Safety, a non-profit that advocates for gun control, recorded 17 incidents where guns were fired at schools or colleges in 2018. There were six shootings at K-12 schools where at least one victim was killed or wounded.

On Jan. 23 in Kentucky, a 15-year-old student killed two of his peers and injured almost two dozen others. Just the day before, a 15-year-old girl was wounded in a shooting in Texas.

At least 17 people were killed in the shooting at Florida’s Marjory Stoneman Douglas High School on Wednesday, according to the Broward County Sheriff’s office. Florida Sen. Bill Nelson told MSNBC he had gotten word of “a number of fatalities” from the school superintendent. A suspect in the Florida shooting has been identified as Nikolas Cruz, the Associated Press reports. The 19-year-old suspect is not a current student at Marjory Stoneman Douglas High School, and has been taken into custody, according to the sheriff’s office.

President Donald Trump offered “prayers and condolences” in the wake of the Florida shooting, tweeting that “no child, teacher or anyone else should ever feel unsafe in an American school.”

This story and the headline accompanying it have been updated to reflect more detail about how Everytown for Gun Safety categorizes an incident as a school shooting. 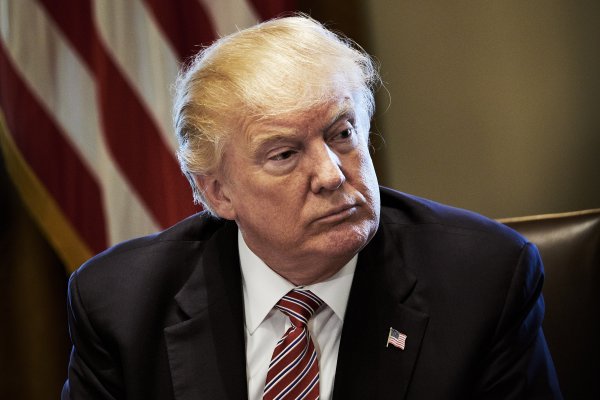