A large new study of parents in Canada found that single fathers have a higher premature mortality rate than single mothers or parents who are paired up. The study tracked more than 40,000 people for 11 years and found that single dads died soonest, and also had the least healthy lifestyles.

The study, which was published in The Lancet Public Health, could not ascertain what made single dads die sooner, but after adjusting for age, lifestyle, health and socio-demographic characteristics, their risk of death over the course of the study was more than twice as high as other parents.

The researchers found that single fathers were less likely to eat fruits and vegetables and more likely to binge drink than other types of parents. They were also more likely to have cardiovascular disease or cancer when the study started.

“Our study does not identify the exact cause of [the early death],” said lead author Maria Chiu, a scientist at the Institute for Clinical Evaluative Sciences in Canada, in a statement. “We did find that single fathers also tend to have unhealthier lifestyles, which could be an important area to address to improve health in this high-risk group.”

While many more single mothers than fathers lead households in the U.S. and elsewhere, about 8% of American homes were headed up by single fathers in 2013, according to figures from the Pew Research Center. In 2011, that represented 2.6 million households. The proportion in the U.K. is similar, with an estimated 10% of all single parent homes being overseen by a father.

Yet very little research has been done on their health and wellbeing. The new study tracked 40,490 people who took part in the Canadian Community Health Survey. The average age was between 41 and 46, and the sample group included 871 single fathers, 4,590 single mothers, 16,341 dads and 18,688 mothers with a spouse or partner.

A follow-up established that 693 people’s lives had ended within the decade or so after the first survey was taken. Single fathers were the most likely to have died over this period, and partnered mothers were the least likely. A similar study in Sweden of 600,000 people also found that single custodial fathers died sooner than other custodial parents, but the difference between the groups was smaller.

The researchers suggested that it’s possible that the fathers’ lack of access to social networks, social assistance and child support may have an influence on their health. However, the single dads’ survey responses suggested that they seemed to feel they were part of the community as much as other parents, and they seemed to be slightly more likely to go to the doctor regularly. Researchers suggested health professionals should be informed that these men might be at higher risk.

“Our research highlights that single fathers have higher mortality, and demonstrates a need for public health policies to help identify and support these men,” says Dr. Chiu.

One thing that’s unlikely to have contributed to the fathers’ deaths is the stress of having children around. In the Swedish study, the early deaths were less common in fathers who were living with their offspring. Mortality rates were also much higher among childless men living alone. 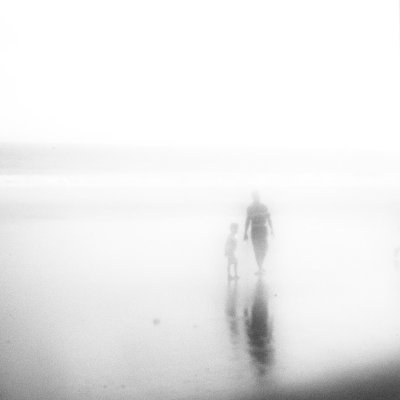 How 7 Widowed Fathers Overcame Their Fear That ‘The Wrong Parent Died’
Next Up: Editor's Pick