Norway may not have a reputation as a fashion capital. But that all changes during the Winter Olympics, when the Norwegian curling team pulls out its fanciest pants — literally. And for Valentine’s Day this year, the athletes on Norway’s men’s curling team in PyeongChang did not disappoint, festooning their lower halves in bubblegum-pink attire bedecked with festive hearts. A love for holiday-specific attire is certainly alive on the ice for this team.

The Norwegian delegation of Christoffer Svae, Torger Nergard, Thomas Ulsrud and Havard Vad Petersson have a tradition of wearing eye-catching patterned pants for their Olympic appearances as they compete in the most under-appreciated sport at the Games. It started back in Vancouver in 2010, where they took home the silver medal, and continued in Sochi in 2014, although no fashion choices could boost them onto the medal podium back then.

Although they have special red, white, and blue designs created for them to match the colors of their flag for PyeongChang, they chose to work with the Valentine’s Day holiday and bust out these hot pink trousers for this week’s first round of play, which clash brilliantly with their red shirts. Unfortunately they did not turn out to be lucky pants, as the team lost 6-4 to Japan in their first Round Robin session at the Gangneung Curling Centre.

They’ll continue their medal quest — with more memorable pants in store, one hopes — against Canada on Thursday. 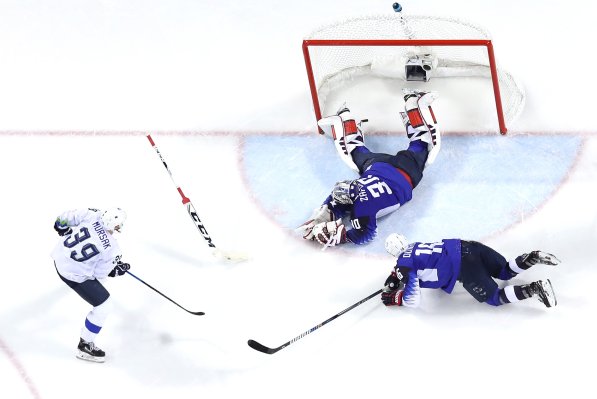