'You've Done Worse Than Nothing': Jimmy Kimmel Fights Back Tears As He Calls for Trump to Do Something About Gun Control

“As I’m sure you know and feel, this is another very sad day in America,” Jimmy Kimmel said on Thursday night’s episode of Jimmy Kimmel Live! “At least 17 lives have been lost. More than a dozen people are hospitalized, and our President, as he should, weighed in on the tragic events this morning from the White House.”

The host showed clips from President Donald Trump’s speech on Thursday morning in which the President said, “No parent should ever have to fear for their sons and daughters when they kiss them goodbye in the morning.”

“Agreed,” the host responded. The late night host put aside jokes and instead had a serious message and a call to action. “Here’s what you do to fix that. Tell your buddies in Congress—tell Paul Ryan and Mitch McConnell and Marco Rubio, all the family men who care so much about their communities — that what we need are laws. Real laws that do everything possible to keep assault rifles out of the hands of people who are going to shoot our kids.”

While some critics say the tragedy is too fresh to politicize, Kimmel was not interested in that argument. “Don’t you dare let anyone say it’s too soon to be talking about [gun control],” he said, fighting back tears. “Because you said it after Vegas, you said it after Sandy Hook, you say that after every one of these — eight, now — fatal school shootings we had in this country this year.”

“Children are being murdered,” Kimmel said, addressing President Trump directly: “Do something. We still haven’t even talked about it. You still haven’t done anything about this. Nothing. You’ve literally done nothing. Actually, you’ve done worse than nothing. You like to say this is a mental health issue, but one of your very first acts as president, Mr. Trump, was actually roll back the regulations that were designed to keep firearms out of the hands of the mentally ill.”

“I agree, this is a mental health issue,” Kimmel said, “because if you don’t think we need to do something about it, you’re obviously mentally ill.” 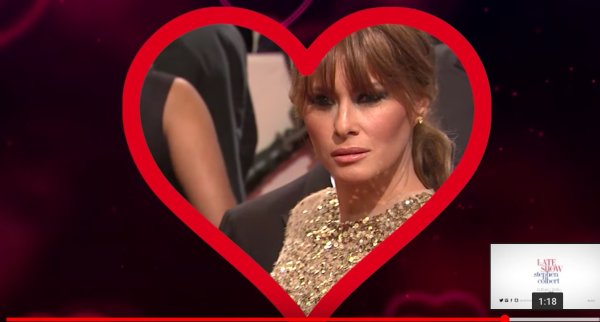