Ideas
By Chris Schleicher
Chris Schleicher was a writer for five seasons on The Mindy Project and is currently a writer and co-executive producer on Champions, premiering March 8th on NBC.

From 1992 to 2008, I was a competitive figure skater. I spent years competing on the national level in pairs with my younger sister, but never got anywhere close to the Olympics. Now, the world of Olympic figure skating is but a distant memory to me, except for once every four years, when I down a couple vodka-sodas and yell at my television through tear-stained mascara, “Mine! This should have been mine, Dorothy!” (In this scenario, I’m talking to a photo of Dorothy Hamill).

Luckily for you, my thwarted quest for gold gave me the skills to guide you through the best event in Pyeongchang: pairs figure skating. Pairs are the “daredevils” of the sport, as Tara Lipinski feels the need to tell us literally every time she broadcasts, and she’s not wrong. Pair skating is like a maniacal ballet where you’re worried that any moment, one of the dancers might die of a head injury.

After the short program, here are the pairs in the medal hunt and my scalding hot takes on who is likeliest to win a medal:

If I were a betting man, and I’m not (outside of the Britney Spears slot machine in Vegas), I’d put my money on reigning world champions Sui Wenjing and Han Cong to win gold. Not only can they pull off amazing technical feats, such as their planned quad twist, but they also manage to emote out to the rafters and seamlessly transition between elements. Under the current judging system, skaters often turn into robots who check off elements as they go, shouting “Yummy points!” and accumulating their score like Pac-Man on Ice. It takes true mastery of the sport to weave all those point-getting elements into something more than the sum of its parts, as Sui and Han do so exquisitely. They are deservedly in first place after a flawless short program to k.d. lang’s cover of “Hallelujah,” one of the more overused songs this season. I think we should let “Hallelujah” lie fallow for a bit, like the previous overused music champion, “Phantom of the Opera,” which I banished to a cave beneath the IOC Headquarters.

Tarasova and Morozov sit in second place after a stunning short program that was a demonstration of cold, pure Russian technique. It was enough to trigger flashbacks to my Russian coach making me do push-ups on the ice as penance for popping a jump. Now, when I call Tarasova and Morozov’s program “cold,” I mean it as a compliment. I’m Nicole Kidman’s biggest fan, so I love cold. Tarasova and Morozov are less than one point out of first place, but unfortunately they are quite inconsistent (much like the Nicole Kidman films of the late 2000s). If they hold it together on their side-by-side jumps and pull off their quad twist, you should see this pair on the podium.

Meagan Duhamel and Eric Radford of Canada perform in the Figure Skating Pairs Short program at the PyeongChang 2018 Winter Olympics at the Gangneung Ice Arena in Gangneung in Pyeongchang in South Korea on Feb. 14, 2018.
Steve Russell—Toronto Star/Getty Images

Duhamel and Radford are two-time world champions and just became Olympic gold medalists in the 2018 team figure skating event. With that gold medal, Eric Radford became the first openly gay man to win a gold medal in a Winter Olympics! I am simultaneously bursting with pride and seething with envy at this achievement, the highest compliment I can pay any human being. Meagan and Eric were shaky on the first two elements in their short, but recovered beautifully to land in third place. Their secret weapon is side-by-side triple lutzes, the hardest side-by-side jump in the event. There is something so self-possessed and mature about Duhamel and Radford’s skating that is absolutely mesmerizing. Meagan Duhamel is the quintessential female pair skater; she’s got the tenacity, she’s got the biceps, and to quote Roxette, “She’s got the look!” Eric Radford, a gentle giant at 6’2”, does an amazing job of what male pair skater are always told to do, to be the stem to the woman’s flower. You just feel like you would be so comfortable nestled in Eric’s arms, you know? Wait, do I have a… crush on Eric Radford? No, that’s crazy, he’s engaged to a hot Spanish ice dancer! It was a stupid dream. Moving on!

Aliona Savchenko really wants a gold medal. At age 34, she is competing in her fifth Olympic games. She won bronzes in Vancouver and Sochi, but she is back in Pyeongchang with a new partner and a fire in her eyes that says, “Give me the gold or I will keep qualifying for the Olympics until I’m 80.” Unfortunately, Bruno Massot doubled a planned triple salchow in the short program, landing them in fourth place. I would love to see Savchenko and Massot medal. Their jazzy short program was dynamic, deliciously dumb and a delight to watch in a field filled with mournful ballads. I wouldn’t count this pair out yet. And if gold doesn’t happen for Aliona, don’t worry – this “unfinished business” will allow her to come back as a ghost who can haunt Olympic ice rinks for all eternity. And her haunting will be so graceful.

China's Yu Xiaoyu and Zhang Hao compete in the pair skating short program of the figure skating event during the Pyeongchang 2018 Winter Olympic Games at the Gangneung Ice Arena in Gangneung on Feb. 14, 2018.
Jung Yeon-je—AFP/Getty Images

Yu and Zhang are in fifth place after a solid short program to Swan Lake. And yes, I did whisper, “I’m perfect” like Natalie Portman at the end. It’s involuntary. Zhang Hao won a silver medal in the 2006 Olympics with a different partner, despite having one of the most shocking falls in Olympic history on a throw quad. Google it at your own risk. Yu and Zhang will be skating to music from Star Wars in the long program, so if they manage to serve up some icy Planet-Hoth realness, they might be a force to be reckoned with. To infinity and beyond? Is that Star Wars?

France's Vanessa James and Morgan Cipres compete in the pair skating short program of the figure skating event during the Pyeongchang 2018 Winter Olympic Games at the Gangneung Ice Arena in Gangneung on Feb. 14, 2018.
Jung Yeon-je—AFP/Getty Images

James and Cipres are still in the medal hunt after their short program to Ed Sheeran’s “Make It Rain.” It was undeniably the sexiest performance of the night, and not just because Morgan Cipres looks like he should be playing Gaston in Beauty and the Beast. There was a fierce confidence to their short program that was electric. They’re returning to their fan-favorite “Sound of Silence” program for the free skate, and if they perform with the same entrancing quality of their short, they just might end up on the podium.

The United States just can’t seem to pull it together in the pairs event. The last time the Americans even won a medal in pairs was 30 years ago. The U.S. entry in the 2018 Olympics is Alexa Scimeca Knierim and Chris Knierim, who helped the US secure its bronze in the team event with an ebullient program to “Moulin Rouge”that seemed to announce “Take us seriously!” Unfortunately, a disappointing short program leaves the Knierims in 14th place. But hey, you’re not one of those monsters who can only care about athletes if they’re American, right? Good. I like you.

Well, it’s been my pleasure to guide you through Olympic pairs figure skating. It’s helped me work out a lot of my feelings about the sport I left behind. I feel oddly calm. But so help me God, if one more person asks me the difference between pair skating and ice dancing, I am going to do a triple lutz out my window (you see, pairs jump and ice dancers don’t). Enjoy the free skate! 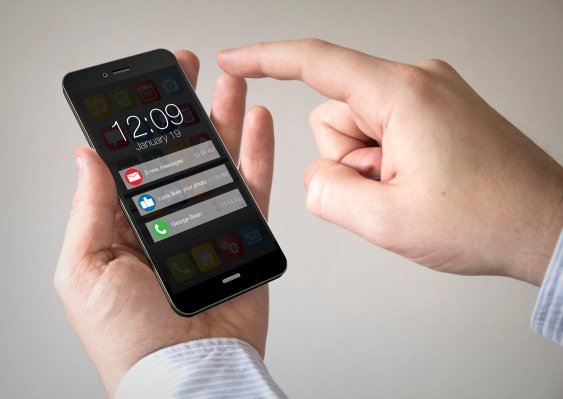 We Shouldn’t Have to Think About Politics 24 Hours a Day
Next Up: Editor's Pick