Denmark's Prince Henrik, Who Famously Refused to Be Buried Beside His Wife, Has Died Aged 83

Prince Henrik of Denmark has died after being hospitalized with pneumonia, the palace announced Tuesday night. He was 83.

“His Royal Highness Prince Henrik died on Tuesday, February 13, at 23.18 quietly at Fredensborg Palace,” the Danish Royal Family said in a statement. “The Prince was surrounded by Her Majesty the Queen and their two sons.”

On Friday, Feb. 9, Henrik’s son, Prince Frederick, rushed home from the Winter Olympics to be by his ailing father’s side.

Doctors diagnosed Henrik with pneumonia at the end of January while he was traveling in Egypt. He was hurriedly transported back to Copenhagen, where tests revealed a tumor in his left lung. Although a biopsy confirmed it was benign, he contracted an infection, and the palace announced Friday that Prince Henrik’s condition had “greatly worsened.”

During 2017, Henrik was admitted to the hospital several times before being diagnosed with dementia in September.

In recent years, the prince has made headlines for his displeasure with the title he was given in the Danish royal family. Married to Queen Margrethe, he is a prince consort, not a king, as is traditional for men married to female monarchs. However, Henrik thought that this was unfair, and even cried gender discrimination, and that he should have the title of King Consort.

In August 2017, Henrik said he refused to be buried next to his wife when his time comes, in a designed-just-for-them sarcophagus at Roskilde Cathedral in Denmark.

“If she wants to bury me with her, she must make me a king consort,” he told Se og Hør. “Finished. I do not care.”

Henrik, who retired from royal duties in January 2016, said that his lack of a king title has made him feel unequal in his marriage, and that he feels disrespected by his wife because of it.

“My wife has decided that she would like to be Queen, and I’m very pleased with that,” he said. “..But as a person, she must know that if a man and a woman are married, then they are equal. My wife hasn’t shown me the respect an ordinary wife should show her spouse.”

He even said that she made a “fool” of him by not giving the title of king — which, for the record, is not traditionally given to husbands of monarchs. (Queen Elizabeth‘s husband, Prince Philip, for example, is a prince, not a king.)

“She’s the one playing me for a fool. I didn’t marry The Queen to get buried at Roskilde.”

Henrik was born Henri de Laborde de Monpezat in Talence, France, just outside of Bordeaux in 1934. But shortly after he was born, his family relocated to Hanoi, Vietnam (still then under French control), where he spent the first five years of his life, and later on, his high school years. When he married Margrethe in 1967, he changed his name to the Danish Henrik, rather than Henri.

Before his marriage, he served in the French Army in the Alergian War, and worked for the French Foreign Affairs ministry at the French Embassy in London.

Henrik also had an affinity for poetry, which he wrote in his native language, French. Several of his poems have been published in poetry collections over the years.

“I see poetry as an opportunity for immersion in a superficial time dominated by news and entertainment that makes us rootless and restless,” Henrik said according to DR, a Danish broadcast network. “Poetry takes us closer to the true nature of the world, in poetry we can approach the eternal questions such as love, loneliness and death.” 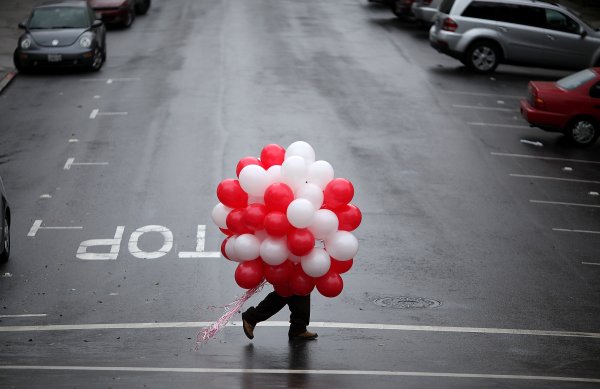 Taiwan's Traffic Lights Got a Romantic Redesign
Next Up: Editor's Pick