'Scariest Flight of My Life.' United Airlines Made an Emergency Landing After an Engine Cover Flew Off

A United Airlines flight from San Francisco to Honolulu made an emergency landing Tuesday after an engine cover reportedly flew off mid-flight.

No one was harmed and the plane landed safely shortly after the discovery that the engine cover on the right wing had come off, local CBS affiliate Hawaii News Now reports, but passengers were shaken by the incident.

The plane reportedly made a “loud boom” and began “shaking” and “rattling,” passenger Allison Sudiacal told HNN, but said that the flight crew kept the cabin informed about what was happening as the plane descended.

“They let us know that we had to brace for impact in case there was a rough landing,” she said. “It was scary. But they did a really good job.”

Hawaii’s state Transportation Department confirmed in a statement that the flight landed safely and that fire fighters and aircraft rescue personnel were ready and waiting for them at the airport, HNN reports.

But before the incident was over, unnerved passengers posted photos and videos from the flight, some including debris flying off the plane’s right engine while it was mid-air. Another passenger called it the “scariest flight of [her] life.” 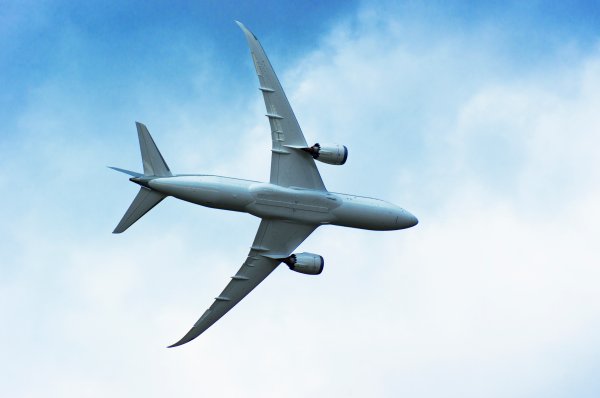