Olympic gymnast Aly Raisman spoke out on Twitter about being featured in the Sports Illustrated swimsuit edition. The 23-year-old athlete appeared in swimsuits and in a nude shoot for a feature titled “In Her Own Words.”

In a tweet captioned, “Thank you to the @SI_Swimsuit team,” the gold medalist shared an image from the photoshoot, along with a note about the female body.

“Women do not need to be modest to be respected—Live for you!” the note begins. “Everyone should feel comfortable expressing themselves however makes them happy.”

“Women can be intelligent, fierce, sexy, powerful, strong, advocate for change while wearing what makes them feel best (sic),” she continued. “The time where women are taught to be ashamed of their bodies is OVER. The female body is beautiful and we should be proud of who we are, inside and out.”

In the black and white image, empowering statements are written on Raisman’s body.

Raisman has made headlines not only for her impressive medal count—racked up in both team and individual events at both the 2012 and 2016 Olympics—but also as a strong voice in the #MeToo movement.

Raisman is one of more than a 100 women who have come forth with allegations of sexual abuse against former USA Gymnastics doctor Larry Nassar. During a January sentencing hearing, Raisman gave a powerful victim impact statement.

“You are so sick,” Raisman said to Nassar and the court. “You took advantage of our passions and our dreams. I am here to face you, Larry, so you can see I have regained my strength. That I am no longer a victim, I am a survivor.”

Earlier this year, Nassar was sentenced to a 40- to 125-years by a judge in Eaton County, Michigan, after pleading guilty to three counts of sexual assault; he will concurrently serve 40 to 175 years after pleading guilty to seven sexual assault charges in Lansing, Michigan. Nassar will also serve a 60-year federal sentence for child pornography charges. 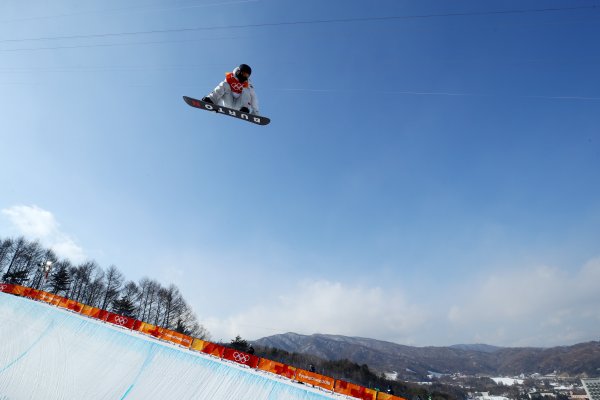 Shaun White Is Going For Olympic Gold in the Snowboarding Halfpipe Event Tonight. Here's What to Know
Next Up: Editor's Pick