A three-year-old Indiana girl who died from the flu Monday was not vaccinated, according to local news outlets.

Alivia Viellieux, passed away in her sleep at her Muncie, Indiana home after being discharged from Ball Memorial Hospital last Thursday, WRTV reported.

Her family says they were advised not to give their daughter the flu shot, according to local media reports.

“Alivia did not have [the flu vaccine] because they had told us once the flu is going around, it’s not going to matter if you get it or not,” the toddler’s grandmother, Tameka Stettler, told WRTV. “We just decided not to put those chemicals in the girl’s body if it’s not going to help.”

Delaware county coroner Scott Hahn told the Star Press that Viellieux died from the flu and a secondary infection of pneumonia. The 3-year-old’s passing is the first pediatric flu death in Muncie, Ind., Hahn told the newspaper.

The toddler’s grandmother said the family initially brought Viellieux, who had a 106 degree fever, to a walk-in medical clinic where she tested positive for Influenza A, and was then sent to the hospital emergency room, WRTV reported.

When she appeared to being doing better after a three day stay, the hospital sent her home, Stettler said in her interview with the station.

Viellieux would have turned four next month.

So far, 167 flu deaths and three school-wide outbreaks have been reported in Indiana this flu season, according to the Indiana State Department of Health’s weekly influenza report. 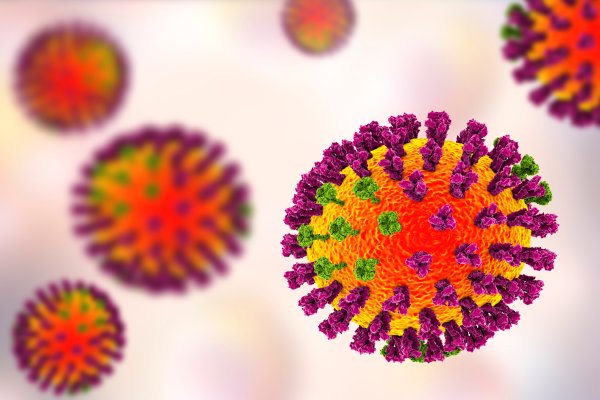 This UV Lamp Could Prevent the Flu Virus From Spreading in Public Places
Next Up: Editor's Pick