While WLS-TV weekend anchor Mark Rivera delivered a report on the political climate surrounding this year’s Winter Games on Saturday, the ABC affiliate mistakenly ran a graphic that read “P.F. Chang 2018” behind him. The Internet, of course, quickly latched onto the error.

The station later apologized, stating that the graphic had been created for a “satirical piece” that aired on Friday, according to the Chicago Tribune. However, the damage was already done and by Sunday, even the restaurant itself had latched onto the joke.

“Contrary to this broadcast, we’re not hosting the games,” P.F. Chang’s tweeted, later adding, “The P.F. Chang’s Games 2018 have officially begun. What event would you dominate? Let’s see what you got.”

A screenshot of the gaffe quickly spread around the web, prompting others to join the trolling. “Who knew the #WinterGames would be so delicious,” cracked Twitter user Meredith Land. 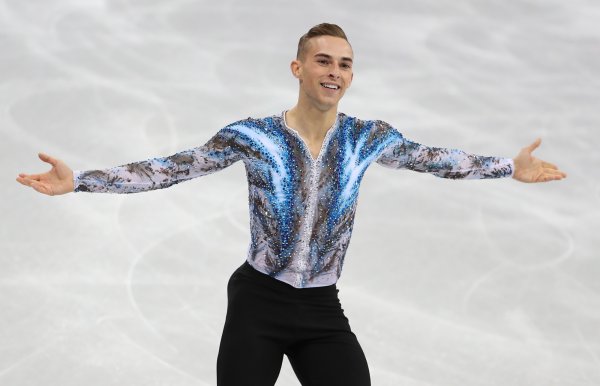 Adam Rippon and Reese Witherspoon Is Officially the Friendship We Deserve
Next Up: Editor's Pick