A ticket checking machine is pictured inside Reeds Ferry Market in Merrimack, NH, where a winning ticket in a $560 million Powerball jackpot was sold, on Jan. 8, 2018
Boston Globe—Boston Globe via Getty Images
By Aric Jenkins

The New Hampshire woman who won a $560 million Powerball jackpot is not going to have an easy time remaining anonymous.

“[The winner’s] desire for normalcy and anonymity is substantially outweighed by the public’s right to transparency in the operation of lottery games,” reads the AG’s response in the case of Jane Doe vs. New Hampshire Lottery Commission.

Jane Doe had initially signed her name to back of her winning ticket, as directed by the Lottery Commission, but decided to file a complaint in Superior Court upon learning from an attorney that her identity would be public record due to New Hampshire’s “Right to Know” law.

“She is a long-time resident of New Hampshire and is an engaged community member,” her request read. “She wishes to continue this work and the freedom to walk into a grocery store or attend public events without being known or targeted as the winner of a half-billion dollars.”

Doe requested instead to “white out” her name and create a public trust that would be used as identification, rather than her personal information.

But according to the Lottery Commission’s rules, not only does the state require transparency, but whiting out her name could disqualify her ticket. The Attorney General argues that “the disclosure of only a name and hometown does not implicate substantial privacy interests,” and has asked the courts to throw out her petition.

A judge was set to hear arguments on both sides Tuesday morning. This story will be updated when more information is known. 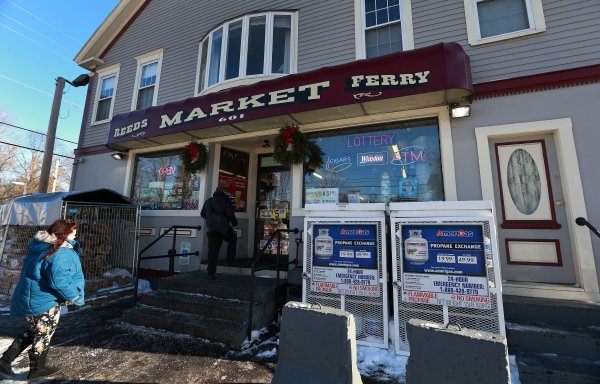 A New Hampshire Woman Won $560 Million in Powerball. Now She's Suing to Keep Her Name a Secret
Next Up: Editor's Pick