After FOX 4’s Weekend Sports anchor took to Twitter to say that figure skating is not a sport, Olympic figure skater Vincent Zhou responded by offering some advice.

“I have the utmost respect for figure skaters, only a few people in the universe can do it and they deserve my praise. But it’s not a sport,” Edward Egros said on Twitter, echoing the sentiment of another user.

It was enough a statement to catch the attention of Zhou, the 17-year-old making his Olympic debut as one of the fresh faces of USA’s figure skating team. Zhou, who counts the triple-axel mastering Mirai Nagasu and internet enchanting Adam Rippon as teammates, fired back.

“Your job is to be a sports reporter. Figure skating is not a sport to you. Stick to reporting on “real sports”, do your job, and we’ll do ours,” he wrote.

Zhou will be competing on Feb. 16. “I feel like I’m ready to skate the two biggest programs of my life,” Zhou said in a news conference on Tuesday. “I’ve been preparing extensively for my eight minutes on the ice.”

See the exchange below. 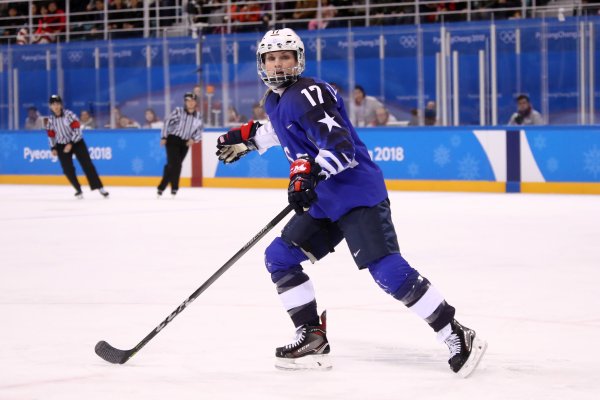 Jocelyne Lamoureux Just Busted an Olympics Record and the Internet Can't Handle It
Next Up: Editor's Pick