Adam Rippon has dreamed of this for years.

The American figure skater, whose interview after a flawless routine in the team figure skating event went viral, spoke of his Olympic dreams as a 13-year-old in 2003 with a local news station in his native Scranton, Pa.

“After [a competition] we went to Lausanne and we saw the Olympic museum,” Rippon says in the interview. “And then, when you see, like, all these things about other people who have won the Olympics and everything, you think that you’ve done a great thing. But you’re still so far away”

The 2016 U.S. national champion executed his routine perfectly in PyeongChang but controversially received only the third best score from judges among men in the team event. The U.S. team would go on to win bronze while Canada took gold and the Olympic Athletes From Russia took silver.

After his skate, he told NBC’s Mike Tirico that he felt like he needed a “xanax and a quick drink” to calm his nerves on the ice.

Rippon has also been in the headlines recently for his comments about U.S. Vice President Mike Pence, who led the U.S. Olympic delegation. When asked about Pence, Rippon, who is openly gay, said: “You mean Mike Pence, the same Mike Pence that funded gay conversion therapy? I’m not buying it.” Rippon also said he would not visit the White House with Team USA. 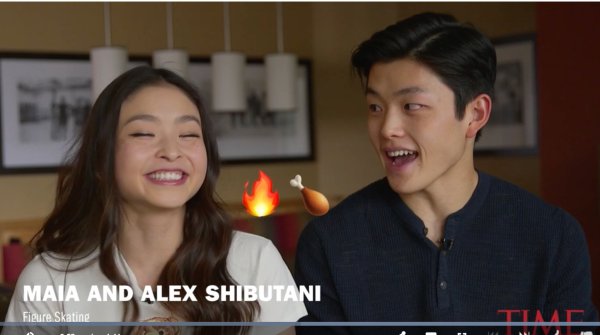 Meet Team USA: What is Your Favorite Cheat Meal?
Next Up: Editor's Pick