American Chris Mazdzer captured the first luge medal of any kind in U.S. history on Sunday, but he’s also been consistently charming people online, where a significant number of new winter sports fans have developed what is called an internet crush.

It’s not easy to find an Olympic event that the U.S. hasn’t medaled in, but all thanks to Mazdzer’s quick moves in Sunday’s men’s singles luge event, there’s one less. He finished just behind the gold medal winner, Austria’s David Gleirscher with a final 3:10.728 time, marking the first time America got itself a luge medal since the sport was introduced in 1964.

This was a successful turnaround for the 29-year-old from Massachusetts who’s competing in his third Olympic games. And he wants to use his success to encourage others. “It’s 16 years in the making,” Mazdzer told NBC. “I’ve had a rough last two years, and it just shows: Don’t ever give up. Whenever you lose, keep fighting.”

This luger’s doing wonders for the sport. People who would otherwise be disengaged from whatever luge is – sledding down a narrow, serpentine track – have suddenly taken a shine to it.

See some of the praise the internet is throwing him.

And observe the way he eats a slice of pizza in just one bite. Winning. Typical Mazdzer fashion.

There’s never been a better time to celebrate a new national treasure. Join them if you like. 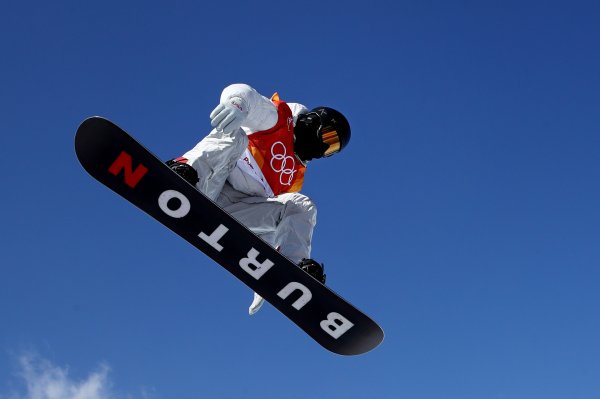 Shaun White Qualified for the Halfpipe Final at the 2018 Winter Olympics: Here's What to Know
Next Up: Editor's Pick