A South African pride of lions have reportedly mauled to death and eaten a suspected poacher, leaving just the head, police say.

The attack took place in a private game reserve near the Kruger National Park in the northern province of Limpopo, and some remains were found over the weekend. A hunting rifle and ammunition were also found beside the remains.

“It seems the victim was poaching in the game park when he was attacked and killed by lions,” Limpopo police spokesman Lt. Col. Moatshe Ngoepe told AFP on Monday.

“They ate his body, nearly all of it, and just left his head and some remains.”

Big cat poaching is rising in the Limpopo province. Lion parts are used in traditional medicine, and are also reportedly sought after in China, Vietnam, and other Asian countries. Poachers also target South African rhinos for their horns, according to wildlife charity Born Free.

“The process of identifying the deceased has already commenced and it might be made possible by the fact that his head is amongst the remains that were found at the scene,” Ngoepe informed South Africa’s News24.

In January last year, three lions were discovered with their heads and paws severed. The cats had been fed poisoned meat at Tzaneen Lion and Predator Park, Limpopo. 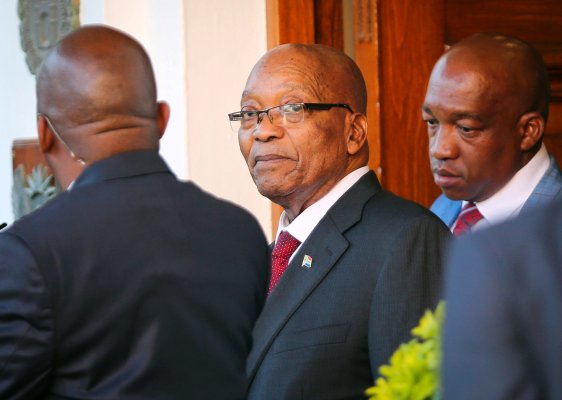