President Trump Is Confused About What ‘Due Process’ Means

In characteristic form, President Donald Trump again got the facts wrong in an explosive tweet — this time in defense of his former staff secretary, Rob Porter. Porter resigned from his post last week after both of his ex-wives accused him of domestic violence. Porter denies the allegations. It wasn’t enough that White House Chief of Staff John Kelly praised Porter as “a man of true integrity and honor” and that Trump emphasized Porter’s claim of innocence — the president had to weigh in again.

In a Saturday tweet, Trump defended abusers and questioned accusers: “Peoples lives are being shattered and destroyed by a mere allegation,” he wrote. “There is no recovery for someone falsely accused — life and career are gone. Is there no such thing any longer as Due Process?”

White House official Mick Mulvaney said Trump’s tweet referred not to Porter but to casino mogul Steve Wynn, who left his executive position at Wynn Resorts amid sexual misconduct allegations last week (Wynn denies the allegations). The tweet does not name names, but because of the timing — posted only three days after Porter’s resignation and one after a second White House staffer, David Sorensen, resigned amid accusations of domestic violence — is widely believed to address the two cases in Trump’s inner circle. (Sorensen also denies the allegations against him.) And it doesn’t matter anyway — my point stands. Many of the allegations against Wynn, as well as other men Trump has stood behind, have been well documented.

As a lawyer and a woman, I have so much to critique about Trump’s tweet. First, the accounts by Porter’s ex-wives were not “mere allegations.” Jennie Willoughby received an emergency protective order against Porter in 2010. Colbie Holderness saved a photograph of a black eye she says Porter inflicted. Both women gave statements to the FBI under the threat of perjury during its vetting process for Porter’s security clearance (the White House says Porter never received a permanent clearance because of the allegations but was operating with a temporary one). Holderness’s photograph alone would be enough to prosecute Porter for domestic violence in many jurisdictions.

As for Trump’s dubious “due process” claim, it doesn’t pass muster. The president seems to be confused about the use of due process and its application to cases like Porter’s. Porter’s fitness to serve in the White House — just like the fitness of many of the men who have exited their high-profile jobs in the wake of sexual misconduct or abuse allegations — is not being decided in a court of law. Sadly, he was never criminally prosecuted and tried for domestic violence in any jurisdiction. Had he been, he would have been afforded his due process rights to put forth a defense and to question his accusers in a courtroom while they were under oath. These rights are not afforded to anyone seeking to obtain or retain a job as a senior aide to the president. The president owes it to the American people to select candidates for such highly sensitive jobs whose history and background are above reproach. Doing so is not a breach of any feigned “due process” rights.

Trump’s attack on Porter’s former wives and rush to protect Porter is indicative of the rising backlash to the #MeToo movement — and indeed could be read as a general critique of this moment in which women are coming forward with allegations against men, and men are finally facing consequences. Powerful — and now vulnerable — men like Trump are more concerned about protecting the positions and reputations of abusers than acknowledging the devastating experiences of their victims. Porter’s “life” was not “shattered and destroyed” because his two ex-wives had the courage to come forward and tell their stories. If anyone is to blame for the direction of Porter’s career, it’s him — and a White House that allows toxic masculinity to fester. 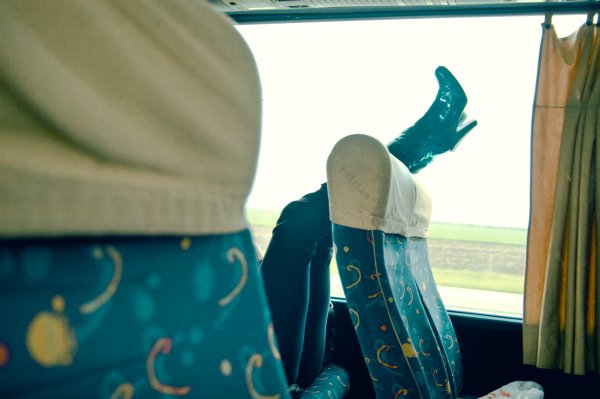 Here’s the Perfect Thing to Say When Someone Is Rude
Next Up: Editor's Pick