Chloe Kim may have seemed all business while earning the top spot in the ladies halfpipe qualifier at the 2018 Winter Olympics, but between runs, she apparently just wanted some ice cream.

The American snowboarder took to Twitter on Monday to share that she was craving the frozen treat while hanging out on top of a snowy mountain in PyeongChang, South Korea. “Could be down for some ice cream rn,” she wrote before going on to post a score of 95.50 in her second run of the day.

After her first place finish, the U.S. Olympic Team quickly offered to help her satisfy her craving. “95.50 on your second run??,” the team’s official account replied. “Ice cream is on us!”

Kim also revealed that she had already indulged in a different dessert to start the day. “Oh and I also had 2 churros today and they were pretty bomb so if you ever get nervous go eat a churro,” she tweeted.

The Internet, of course, was totally on board with her dedication to snacking. “I’m nervous just watching the Olympics from 7,000 miles away and Chloe Kim is standing on top of the mountain tweeting about how much she wants ice cream,” wrote user Josh Billinson. 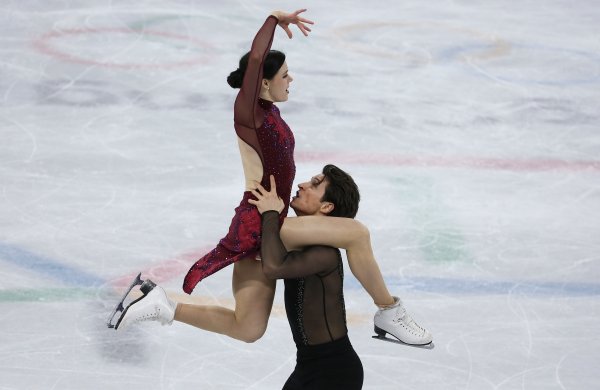 Everything We Know About Tessa Moir & Scott Virtue’s Relationship
Next Up: Editor's Pick