Just in time for Valentine’s Day, the internet has fallen in love with an ice dancing team at the 2018 Winter Olympics.

Tessa Virtue and Scott Moir may have walked back one edgy move to keep things family-friendly, but their routine was still incendiary enough for an outpouring of affection on social media.

Everyone knows that medals and points are for avid sports fans. Online, where we prefer to measure the true athletic feats, there were tweets proving these two are all the rage now. People professed their love for the performance, and predictably, many enjoyed imagining they were secretly in love, or secretly detectives.

See the tweets showcasing how endearing the Virtue and Moir are below.

Even the director of the 2001 film loved it.

Virtue and Moir are Canada’s dual flag bearers this year, a first for the country. Known for their clinical precision, the pair nabbed silver at Sochi in 2014, and they’ve been laser-focused on gold ever since. It paid off, giving Canada the competitive edge with 45 points. 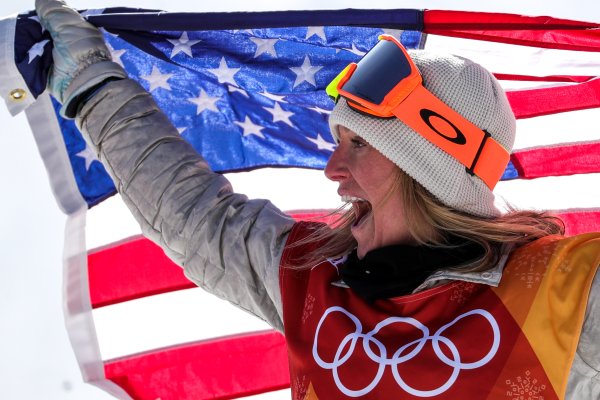