London City Airport was closed on Monday after a 500 kg (1,100 lb.) German World War II bomb was found nearby in the River Thames.

All inbound and outbound flights have been cancelled, affecting 261 flights and an estimated 16,000 passengers, a spokesperson told the BBC. Roads around the terminal are also closed at police request, according to Transport for London.

In a statement, Robert Sinclair, the airport’s chief executive, said, “The airport remains closed this morning following the discovery of a World War Two ordnance in King George V Dock on Sunday.”

Mayor of London Sadiq Khan said on Twitter that the Metropolitan Police and the Royal Navy were working in conjunction to remove the bomb.

Properties in the 241 meter exclusion zone have also been evacuated. 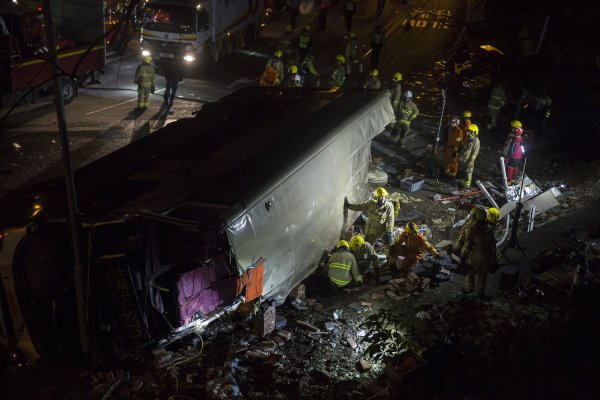 18 Killed in Hong Kong's Deadliest Bus Accident in More Than a Decade
Next Up: Editor's Pick