During her free skate for the figure skating team event at the 2018 Winter Olympics in PyeongChang, South Korea, Mirai Nagasu made history when she landed a triple axel, becoming the first American woman to do so at the Olympics and the third woman to do so in the history of the Winter Games.

Nagasu was the only skater in the women’s free skate who attempted the difficult jump, which requires a forward takeoff and three-and-a-half rotations. She’s one of only three American women who have landed a triple axel in competition, the other two being Tonya Harding and Kimmie Meissner, though Nagasu is the only one to have done it in the Olympics. 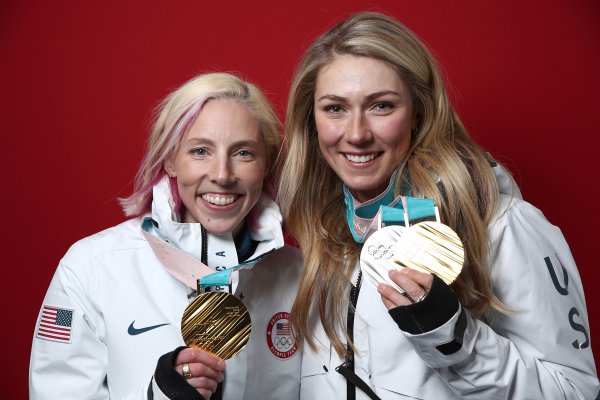 Team USA's Medal Count at the 2018 Winter Olympics
Next Up: Editor's Pick