The Winter Olympics 2018 team skating event continued in the Gangneung Ice Arena on Sunday with the ice dance and ladies short program and the pairs long program. With one more day of competition to go, Canada leads the team event, followed by the Olympic Athletes from Russia (OAR) and then the United States.

Unlike in the men’s short program two days ago, the top ladies skated relatively cleanly, including Bradie Tennell from the U.S.

Making her Olympic debut, Tennell had the Korean crowd behind her, with her choice of music to a patriotic song by a Korean composer. She landed her first and hardest jump combination, the triple lutz and triple toe loop, with ease. She showed no signs of breaking the consistency that prompted Olympic champion Tara Lipinski to call her a “machine” for her textbook technique and reliability in landing jumps.

As she completed her final spin, Tennell saw something she had never seen before. “I looked up and could see the Olympic rings on one of the banners, and I thought, wow, I just did that on Olympic ice. That’s pretty cool,” she said.

But as a newcomer to the senior level skating world, Tennell’s components score, which includes more subjectively judged elements, such as choreography, skating skills and transitions, fell below some of the more seasoned skaters, including Canada’s Katelyn Osmond and Italy’s Carolina Kostner, which put her in fifth place overall among the 10 ladies competitors.

The highlight of the morning was the OAR’s Evgenia Medvedeva’s performance in the ladies short program. Skating last among the 10 competitors, Medvedeva, who broke her foot earlier this winter and sat out most of the season, chose not to execute her most challenging jumps. But even her downgraded program was enough to lead the field.

Medvedeva is a gold medal favorite in the ladies individual event in PyeongChang. But on Sunday morning, she was skating for her team, which is defending its gold in the event from the Sochi Olympics. Closing her eyes for several seconds before her music from Chopin began, Medvedeva set a new record in the ladies’ short program that will be tough to beat.

Before the Olympics, Medvedeva had been one of the Russian athletes questioning whether she would compete in these Games at all, after the International Olympic Committee banned the country’s athletes because of doping violations during the Sochi Olympics. Medvedeva had said she could not “accept the option that I would compete in the Olympic Games without the Russian flag, as a neutral athlete.”

The OAR, the neutral name for Russia’s cleared athletes in PyeongChang, could defend its team gold, and while the athletes are not allowed to wave the Russian flag or wear its colors, enthusiastic Russian fans in the skating arena’s audience gladly did, wearing ponchos in the country’s tricolors and prominently flying Russian flags when Medvedeva and her Russian teammates competed.

In the ice dance portion, the sister-brother team of Maia and Alex Shibutani finished in second place, behind Canadian gold medal favorites Tessa Virtue and Scott Moir, and both teams were disappointed that their scores were lower than they have been all season. “We are a little surprised by the score to be honest,” said Alex. “We have been scoring much higher [this season].”

The stricter scoring may not be a bad thing, said Canada’s Moir. “I think it does say that it’s a tough panel. We thought [ours] was an improved skate from what we have done, especially internationally in the fall, but this is the Olympic Games. You are looking for the harshest panel, and we have no reason to think the judging isn’t fair.”

Read more: U.S. Men’s Skating Favorite Nathan Chen Is Off to a Rough Start at the Olympics

The pairs completed their portion of the team event with the long program. U.S. husband and wife Alexa and Chris Knierim finished fourth, while the Canadian team of Meagan Duhamel and Eric Radford won the long program, followed by Italy’s Valentina Marchei and Ondrej Hotarek.

The team event concludes Monday, Feb. 12 with the long programs for the men, ladies and ice dance. 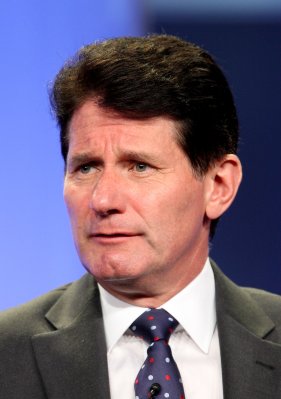